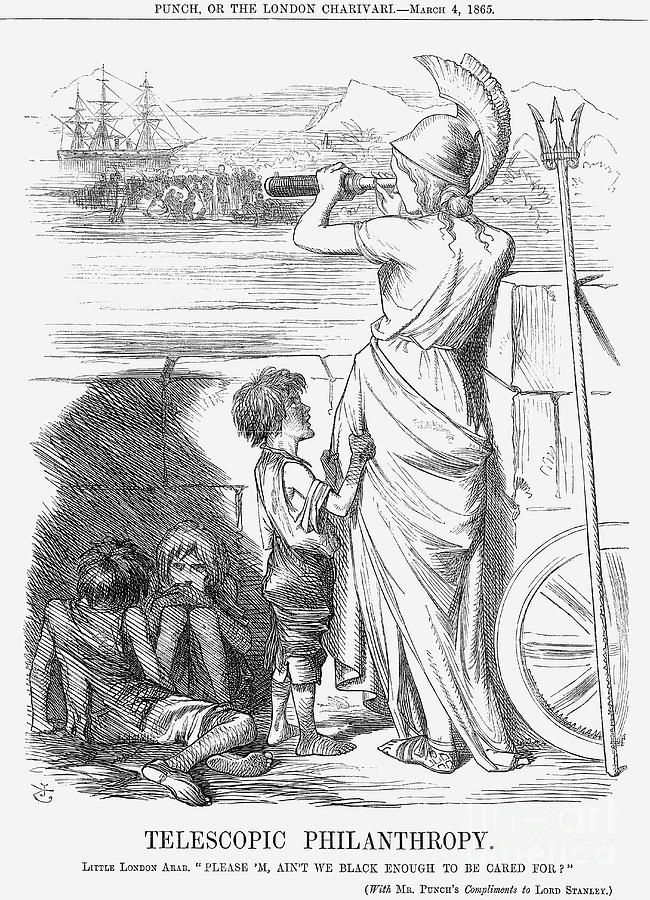 'Telescopic Philanthropy', 1865. 'Little London Arab. Please 'M, Ain't We Black Enough to be Cared For? (With Mr. Punch's Compliments to Lord Stanley.)' In his novel, Bleak House, Dickens had highlighted and satirised the growing numbers of the middle classes who expended much time, effort and money on raising funds to 'civilise' (particularly black) foreign peoples, rather than concentrating on the problems of the poor at home. This 'telescopic philanthropy' was epitomised by Mrs Jellyby in Bleak House, but here is represented by Britannia who has her eyes fixed so firmly on the distant horizon that she fails entirely to see the three children at her feet who, like Dickens' Jo, represent the estimated 30,000 homeless children living on the streets of London. From Punch, or the London Charivari, March 4, 1865. (Photo by The Cartoon Collector/Print Collector/Getty Images)