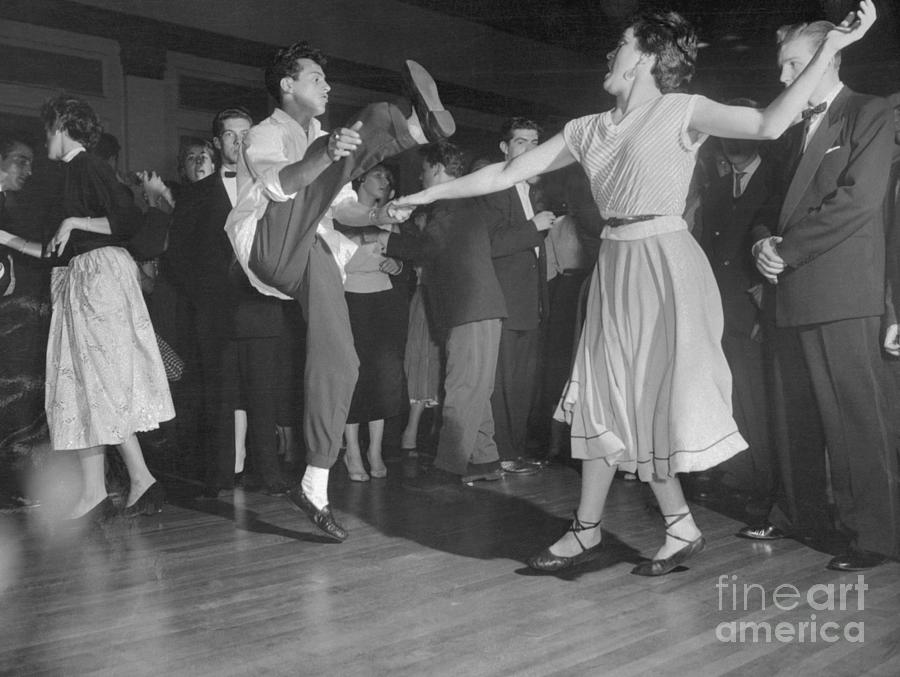 (Original Caption) Moves are underway in Britain to ban the American film Rock Around the Clock which reportedly is infecting so many British teenagers and Teddyboys (British equivalent to zoot-suiter) with "Rock'n'Roll" fever the frenzied juicing sessions of teenagers in the aisles of theaters showing the film are frequently turned into wrecking parties. Riots resulting in considerable damage have occurred in movie houses. But at least one adult defender of the teenagers and their latest dance sensation said "whatever is written or said about this new dance it looks as though it's here to stay- or at least until such time as it is superseded by a new rhythm when rock'n roll will become as old fashioned as the Charleston or black bottom." Photo shows teenagers getting down to serious business in a rock'n roll session in a London ballroom.