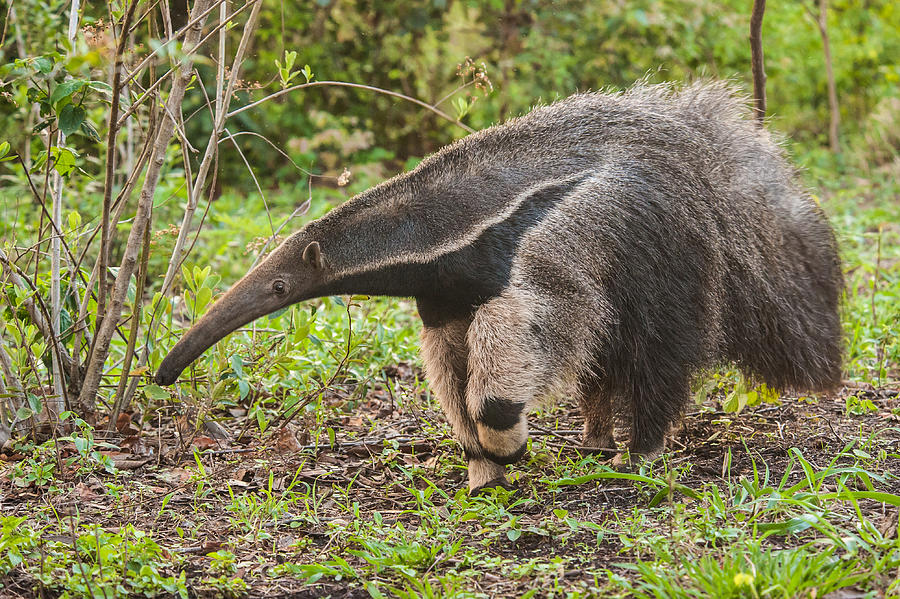 My brother Otávio was driving and we were heading to the town of Jardim. The day was ending and the sun has already set. We saw the anteater in a grass field close to the road. My brother pulled over and I jumped out of the car holding my camera. The anteater perceived something because of the noise or movement and ran for shelter on a small forest in the grassland. As it was totally inappropriate to run after the animal, because this would scare it to the bones, I decided to take a detour and ran around the woods and stayed there, in the other side, waiting for the anteater. I was crouching and my strategy paid off as the anteater appeared from the trees totally relaxed and unaware of me. I could take a lot of shots. Apparently the anteater is extremely shortsighted and quite deaf also. It was inspecting the terrain here and there looking for ants and termites. Then it decided to go straight to me and came so close that the camera was unable to focus anymore. Then I stood up slowly and called him with a friendly tone of voice. It suddenly raised its head, sniffed the air loudly and run away.20101003-190834-017