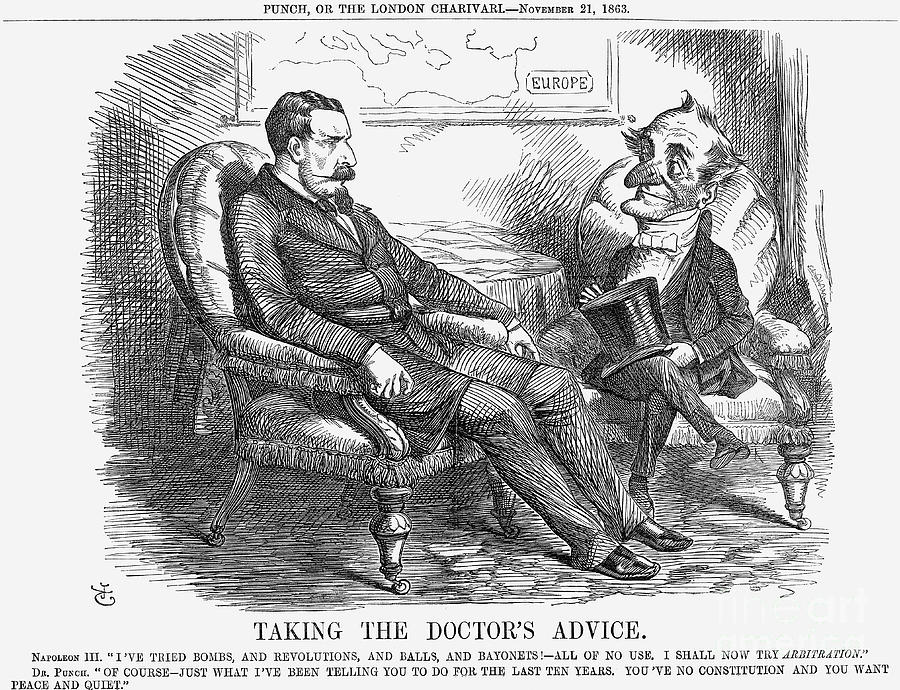 'Taking The Doctor's Advice', 1863. Napoleon III had long had his French fingers in a variety of different European pies. At the beginning of November 1863, he wrote to all the different sovereigns of the European powers, proposing a Conference, to assemble in Paris, to discuss the general state of Europe in an effort to establish peace. Lord John Russell declined this invitation even though it appears that Dr Punch had been advising his patient, Napoleon, to attempt arbitration for some time. Eventually, so many other invitations had been declined, that the Conference was abandoned. From Punch, or the London Charivari, November 21, 1863. (Photo by The Cartoon Collector/Print Collector/Getty Images)