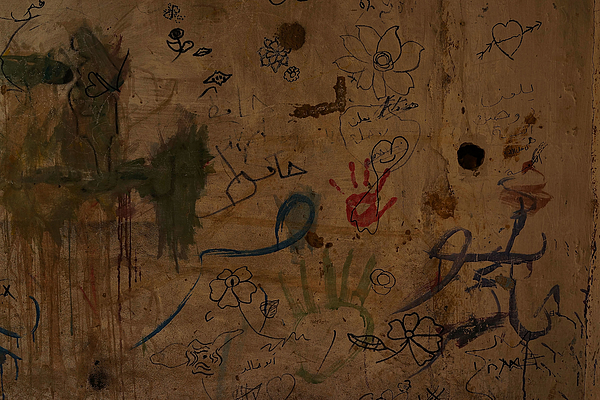 MAJDAL ANJAR, LEBANON - NOVEMBER 11: The writings and scribbling of children are viewed on a wall inside of a former prison now being occupied by Syrian refugees in the Bekaa Valley, close to the border with Syria on November 11, 2013 in Majdal Anjar, Lebanon. As the war in neighboring Syria drags on for a third year, Lebanon, a country of only 4 million people, is now home to the largest number of Syrian refugees who have fled the conflict. The situation is beginning to put huge social and political strains on Lebanon as there is currently no end in sight to the war in Syria. (Photo by Spencer Platt/Getty Images)