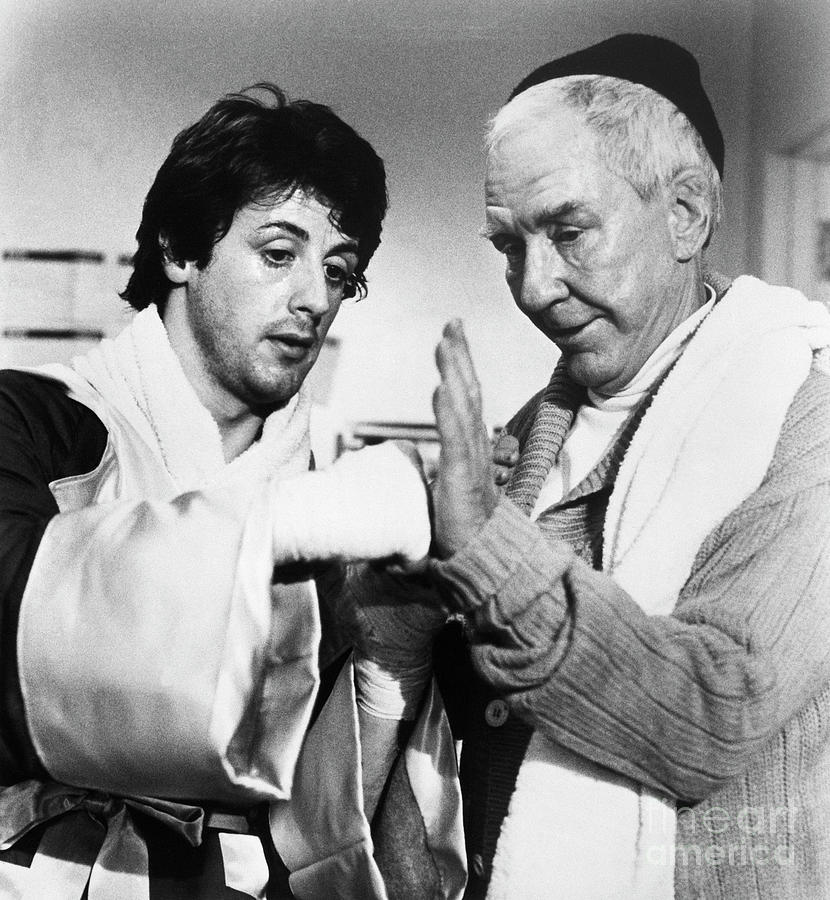 (Original Caption) Actor Sylvester Stallone, described as looking like Rock Hudson sculpted from mashed potatoes, wrote the script to "Rocky" and then got the title role. Film tells of an unknown Philadelphia boxer who, with the help of trainer (Burgess Meredith), R, takes a crack at the World Heavyweight Boxing championship. Scene from the movie. Movie still, 1976.