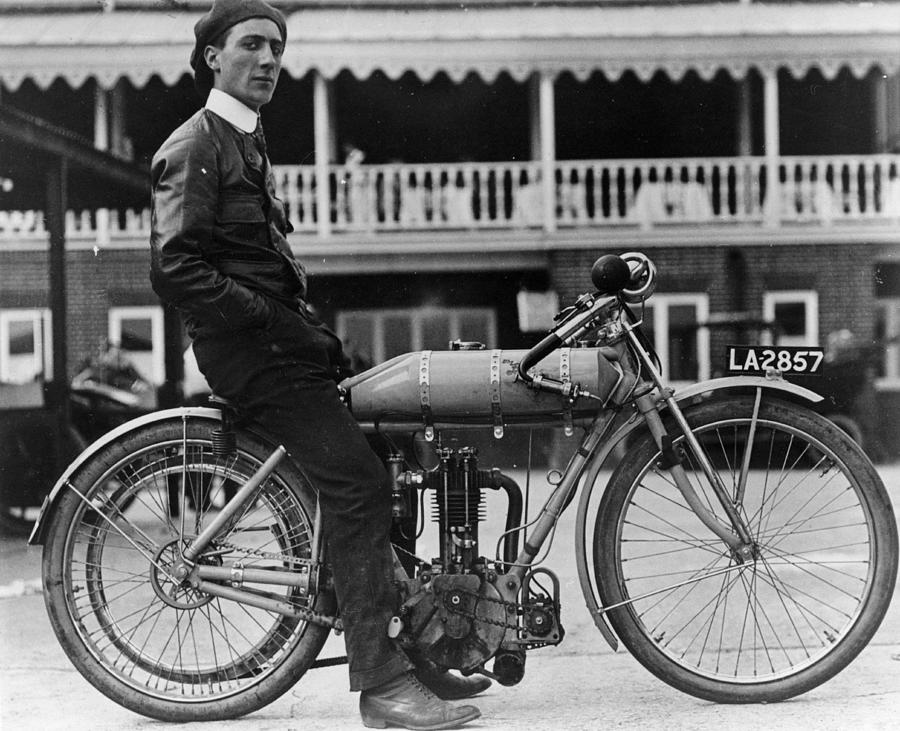 Syd Justien Tessier, on a 1910 Bat 3.5 Litre bike, (1910?). The Bat company was named after the founder SR Batson. They started making motorcycles in 1902, and were taken over by the Tessier family in 1904 after Batson failed to find a good market. Nicknamed 'Best After Tests', the reliable bikes used small de Dion engines and no pedal power. They made the first sprung frame in 1906, and in 1908 they offered a sidecar outfit, with two powered wheels on the removable sidecar. They concentrated on twins for 1912 and managed to come in seventh in the Senior TT of 1913. Production ceased for WW1, and resumed in 1919. They took over another manufacturer, Martinsyde, in 1923, but financial problems closed the Bat-Martinsyde company in 1926. (Photo by National Motor Museum/Heritage Images/Getty Images)