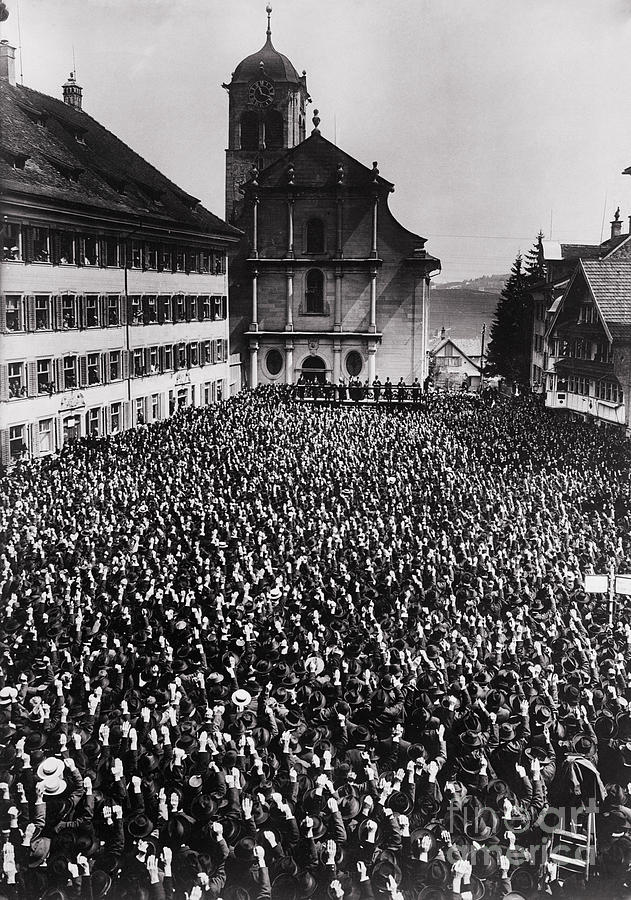 (Original Caption) Open Air meeting of Parliamentary body of certain sections of Switzerland. The oldest primitive form of democracy in which the people make their own laws and elect their authorities at open air assemblies still exists in Switzerland, the oldest Republic of the world. Switzerland is a Federation of (22) Independent Cantoons, each of which has its own Parliamentary bodies, in four of the cantoons, the old system of public assemblies and voting is still in vogue. The first Sunday in May when the populace of the cantoons meet in the public square to cast their votes, the Governor of each cantoon conducts the public meeting, known as "Landesgemeinde," one of which is shown in session here.