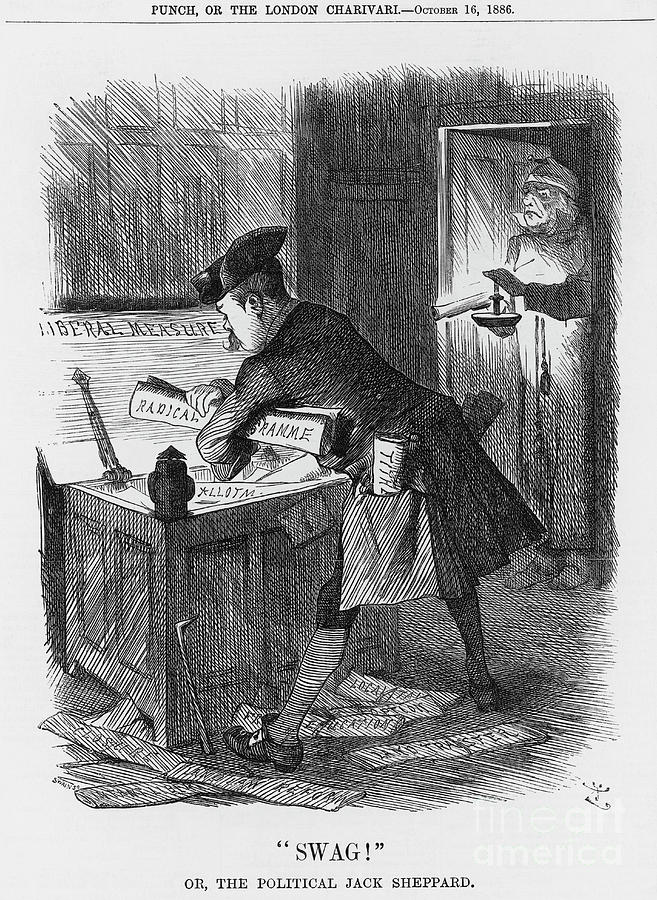 Swag!, 1886. The Conservative Chancellor of the Exchequer, Lord Randolph Churchill is caught in the act of stealing Liberal policy documents by the former Prime Minister, the Liberal leader William Gladstone. This relates to a speech given by Churchill in which he outlined a plan for reform so extensive that he was charged with pinching his proposals directly from the manifesto of the Radical wing of the Liberal Party. From Punch, or the London Charivari, October 16, 1886. (Photo by The Cartoon Collector/Print Collector/Getty Images)