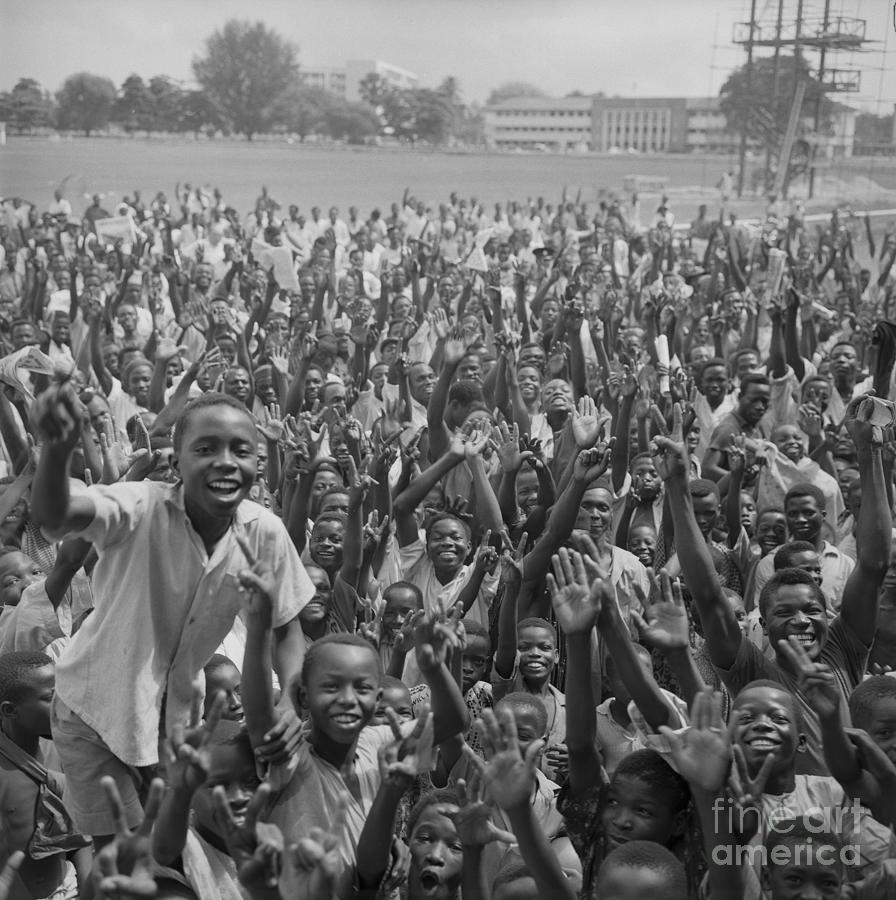 (Original Caption) Cheer election results. Lagos, Nigeria: A forest of waving arms is created as a crowd applauds election results posted at the Lagos racetrack during the Nigerian general election. Abubakar Tafawa Balewa was reappointed Prime Minister of the Federation of Nigeria, which will achieve independence from Great Britain next Oct. 1st. Abubakar's party, the Northern people's congress, emerged from the election with the largest number of seats in the New House of Representatives. Abubakar said that Nigeria would remain within the British Commonwealth after Oct. 1st, adding that he favored closer ties with Britain and the United States. He expressed hope that the United States would provide economic aid.