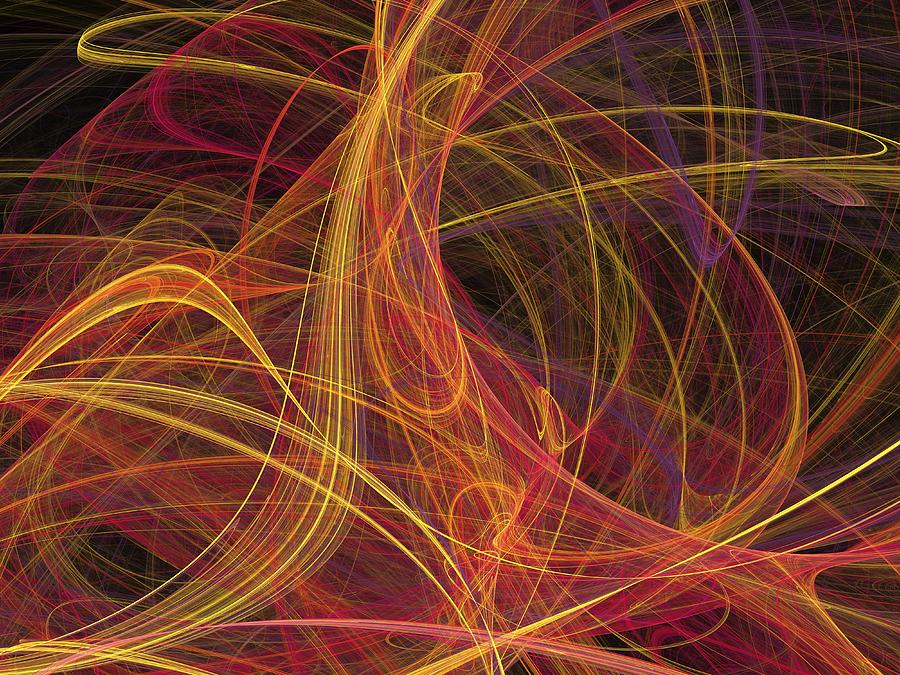 Superstrings, conceptual computer artwork. The superstring theory is a Theory of Everything (Grand Unification Theory), which seeks to unite gravitational force with the other fundamental forces (electromagnetism and nuclear forces) that are already described by quantum mechanics at the atomic level. The theory states that fundamental particles such as quarks and electrons are not points of energy or matter, but result instead from the vibrations of one-dimensional 'string-like' entities on a far smaller scale.