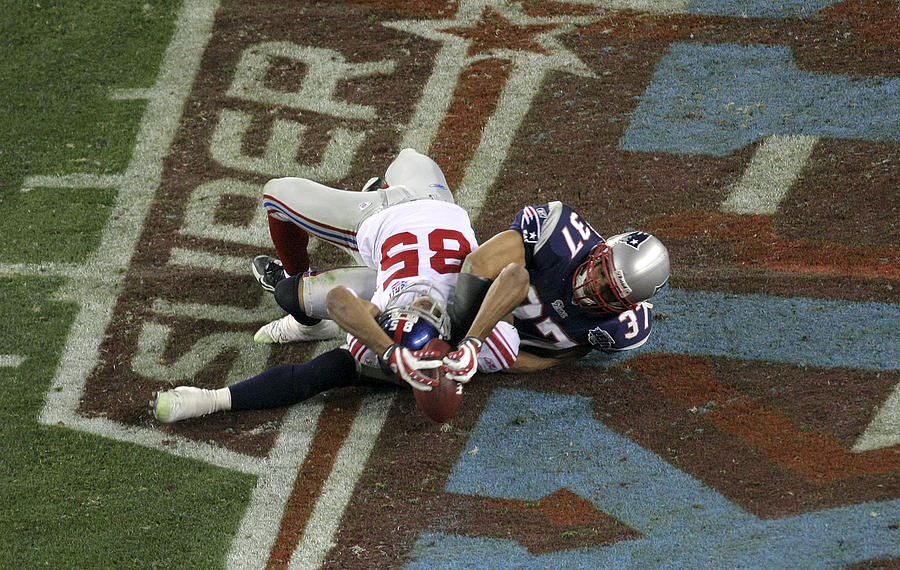 GLENDALE, AZ - FEBRUARY 03: David Tyree #85 of the New York Giants catches a 32-yard pass from Eli Manning #10 as Rodney Harrison #37 of the New England Patriots attempts to knock it out in the fourth quarter of Super Bowl XLII on February 3, 2008 at the University of Phoenix Stadium in Glendale, Arizona. The Giants defeated the Patriots 17-14. (Photo by Doug Pensinger/Getty Images)