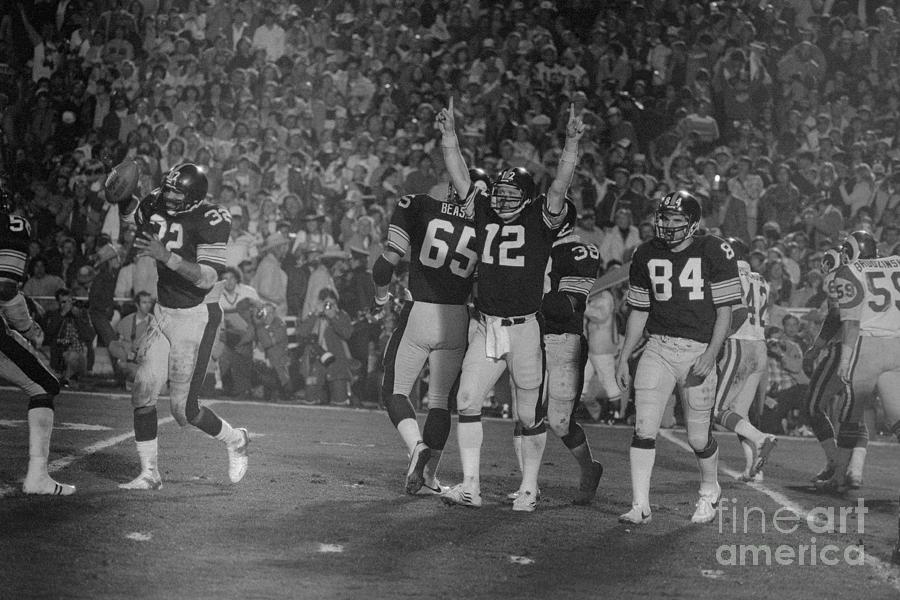 (Original Caption) Pittsburgh Steelers quarterback Terry Bradshaw, who was named the Most Valuable Player of Super Bowl XIV at the Rose Bowl Jan. 20, holds his hands up in victory as Franco Harris, who scored his second touchdown, carries the ball off the field. The Steelers defeated the Los Angeles Rams 31-19 to win an unprecented four Super Bowl Championships.