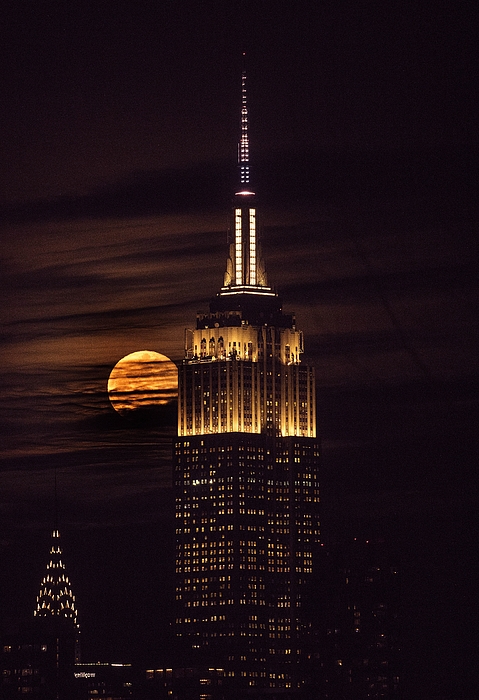 NEW YORK, USA - JANUARY 31: The Empire State building is seen as a full moon rises behind the building in New York, United States on January 31, 2018. The 'Super Blue Blood Moon' is a rare 'lunar trifecta' event in which the moon is at its closest to the earth, appearing bigger and brighter than usual and is simultaneously a 'blue moon', the second full moon in the same month, and in total lunar eclipse or 'blood moon'. For the first time in 152 years, a super moon, blue moon, and total lunar eclipse coincide. (Photo by Atilgan Ozdil/Anadolu Agency/Getty Images)