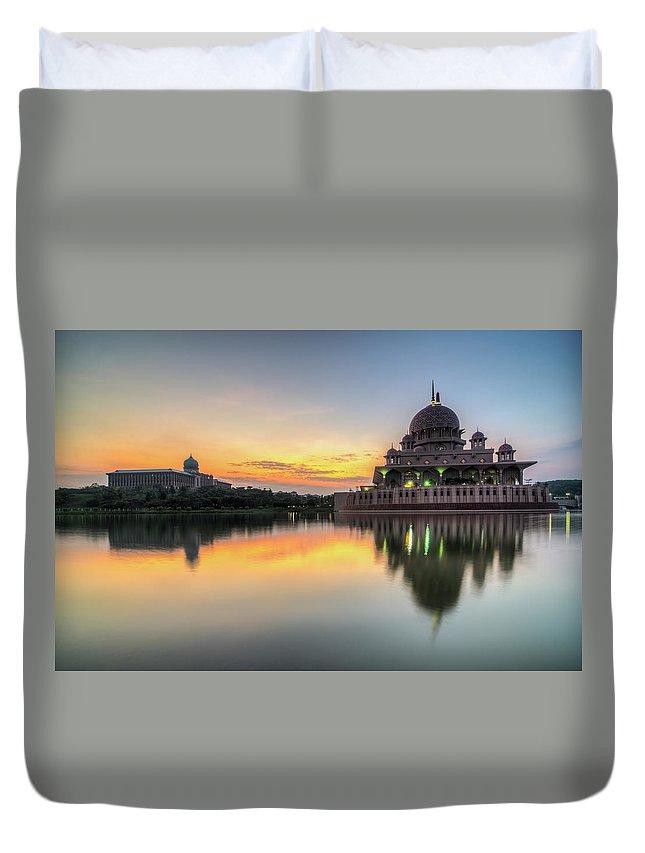 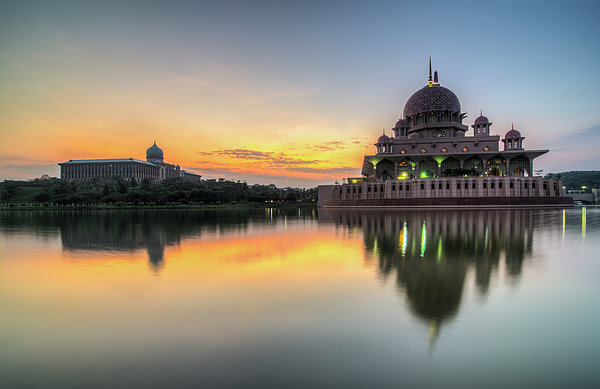 Queen duvet cover (88" x 88") featuring the image "Sunrise | Masjid Putra, Putrajaya | Hdr" by Mohamad Zaidi Photography. Our soft microfiber duvet covers are hand sewn and include a hidden zipper for easy washing and assembly. Your selected image is printed on the top surface with a soft white surface underneath. All duvet covers are machine washable with cold water and a mild detergent.

The Putra Mosque, or Masjid Putra in Malay language, is the principal mosque of Putrajaya, Malaysia. Construction of the mosque began in 1997 and was completed two years later. It is located next to Perdana Putra which houses the Malaysian Prime Minister's office and man-made Putrajaya Lake. In front of the mosque is a large square with flagpoles flying Malaysian states' flags.Image provided by Getty Images.