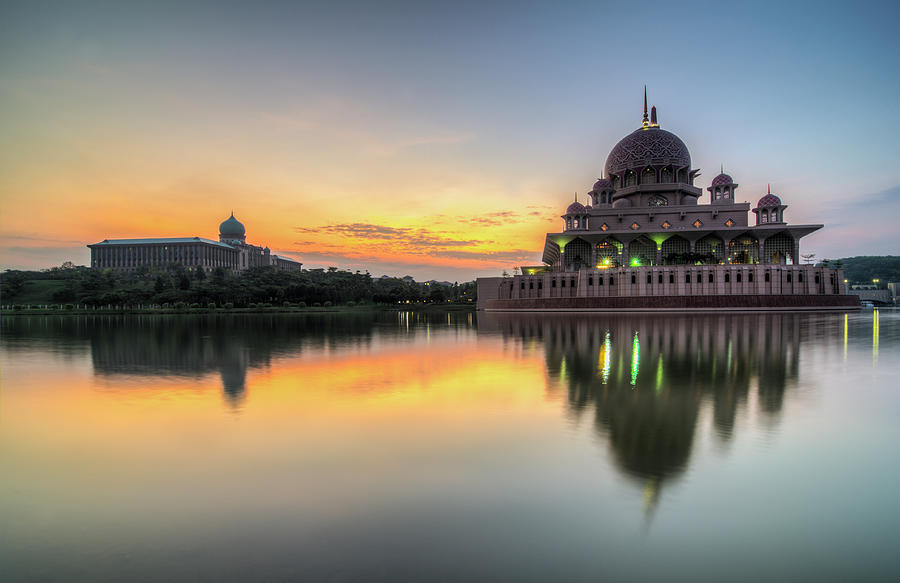 The Putra Mosque, or Masjid Putra in Malay language, is the principal mosque of Putrajaya, Malaysia. Construction of the mosque began in 1997 and was completed two years later. It is located next to Perdana Putra which houses the Malaysian Prime Minister's office and man-made Putrajaya Lake. In front of the mosque is a large square with flagpoles flying Malaysian states' flags.