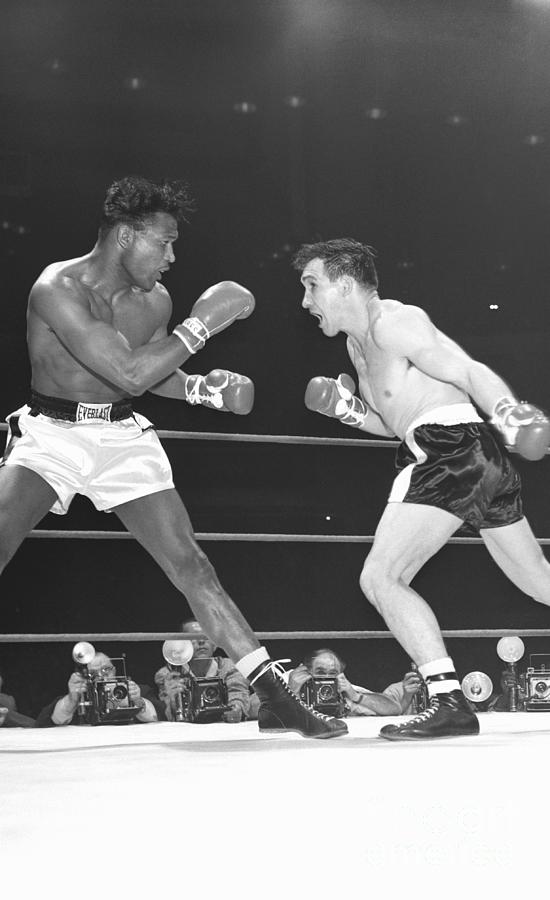 (Original Caption) 5/1/1957-Chicago, IL: As Sugar Ray Robinson (l) backs away, middleweight champion Gene Fullmer charges across the ring to throw a sweeping left in the first round of their title bout here, May 1. As Fullmer charged him in a similar style in the fifth round, Robinson unleashed a jolting left hook to the jaw and Fullmer went down and out. The victory earned Robinson the middleweight title for an unprecedented fourth time.