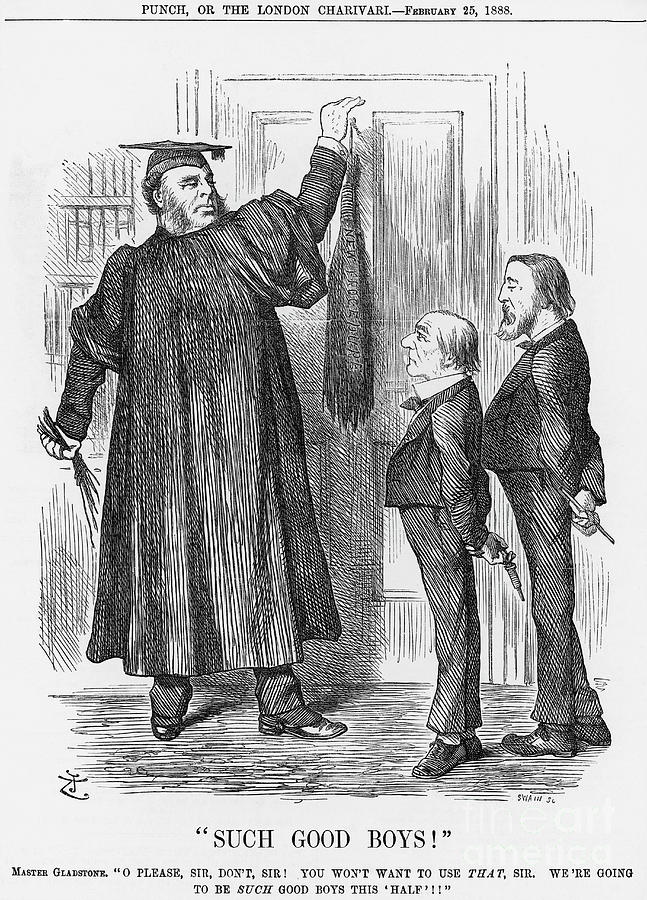 Such Good Boys!, 1888. Master Gladstone, the Liberal Leader of the Opposition, and the Conservative Prime Minister, Lord Salisbury, promise to be good boys as Mr Speaker reaches for his birch. This relates to new procedures introduced in the current session of the parliament in an attempt to curb recent problems caused by MPs use of bad language and unruly behaviour, as well as attempting to put an end to the ungentlemanly sport of Obstruction. From Punch, or the London Charivari, February 25, 1888. (Photo by The Cartoon Collector/Print Collector/Getty Images)