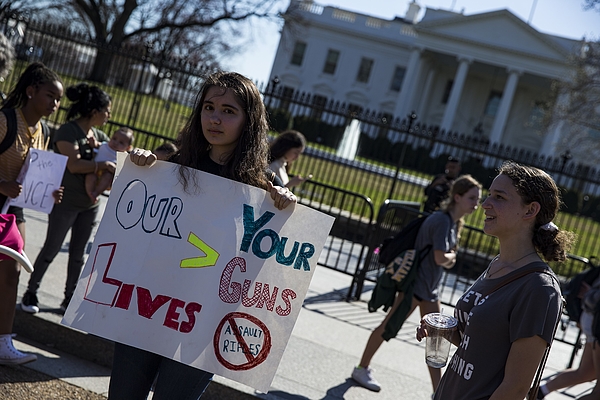 WASHINGTON, USA - February 21: A student holds a placard as hundreds of students call for greater gun control laws as they protest outside of the White House in Washington, USA on February 21, 2018. Protests led mostly by young students were sparked around the country calling for greater gun control after the mass shooting at a high school in Parkland, Fla. where 17 people were killed. (Photo by Samuel Corum/Anadolu Agency/Getty Images)