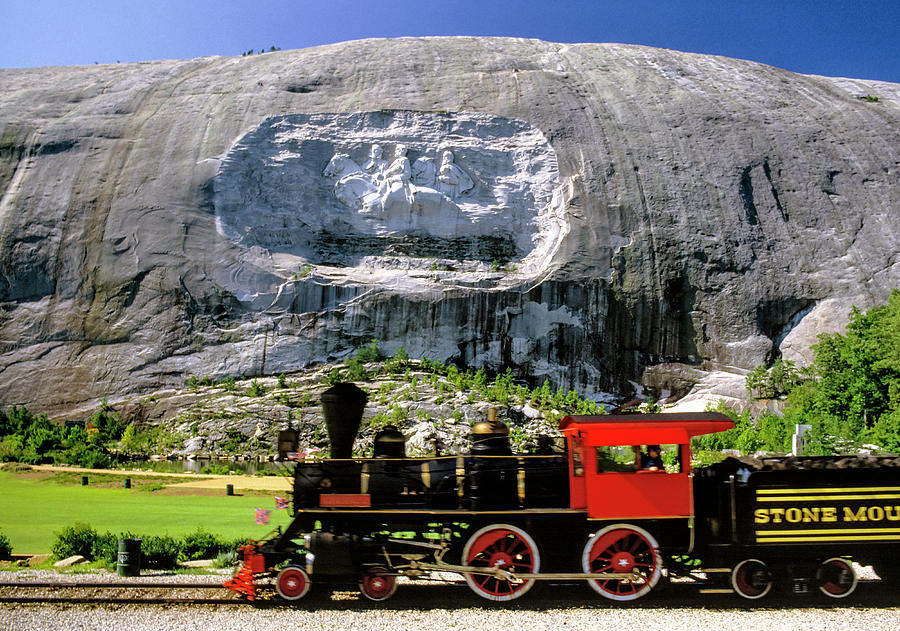 Stone Mountain is a city and a State Park in DeKalb County, Georgia, in the United States. Stone Mountain is located in the eastern part of Dekalb County and is an outer suburb of the Atlanta Metropolitan Area.The story of Stone Mountain actually predates both the first white settlers and the Creek Indians before them. At least 12 Archaic Indian sites have been identified in the vicinity of Stone Mountain.The engraving shows four central figures, Jefferson Davis, Stonewall Jackson, Robert E. Lee and a color-bearer.In 1970 Spiro Agnew dedicated the carving, filling in for President Nixon who was embroiled in the Kent State fiasco. The carving was declared completed in 1972.