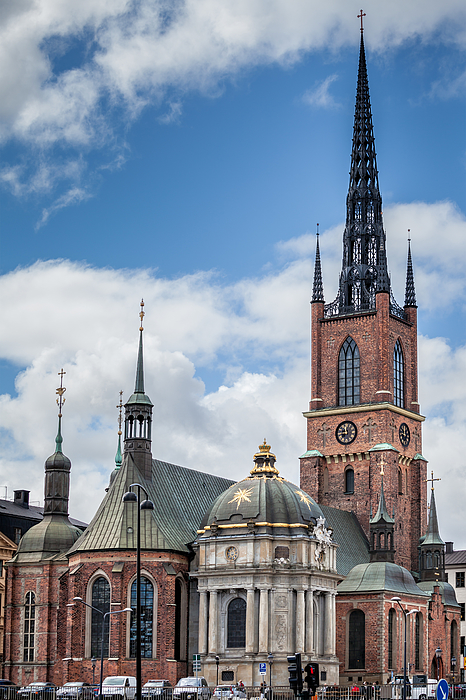 The Riddarholm Church is the burial church of the Swedish monarchs. It is located on the island of Riddarholmen, close to the Royal Palace in Stockholm, Sweden.
It is one of the oldest buildings in Stockholm, parts of it dating to the late 13th century, when it was built as a greyfriars monastery. After the Protestant Reformation, the monastery was closed and the building transformed into a Protestant church. A spire designed by Willem Boy was added during the reign of John III, but it was destroyed by a strike of lightning on July 28, 1835 after which it was replaced with the present cast iron spire.