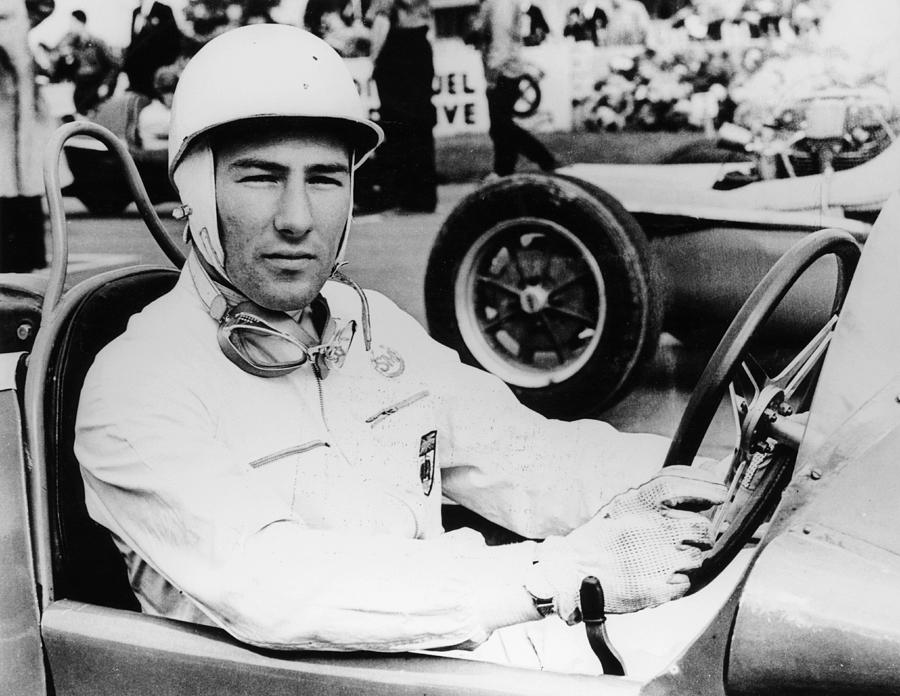 Stirling Moss at Goodwood, 1954. At the wheel of a Maserati, Moss came first in this race. He began his career in 1947 driving a BMW 328. In 1955 he won his first Grand Prix at Aintree driving a Mercedes, and in 1956 went on to win the Monaco and Italian Grands Prix driving for the Maserati team. In 1957 he was team leader in a British Vanwall, and beat the Maserati and Ferrari teams at Monza in the Italian Grand Prix. He drove Coopers and Lotuses through to 1961, and retired after an accident at Goodwood in 1962. (Photo by National Motor Museum/Heritage Images/Getty Images)