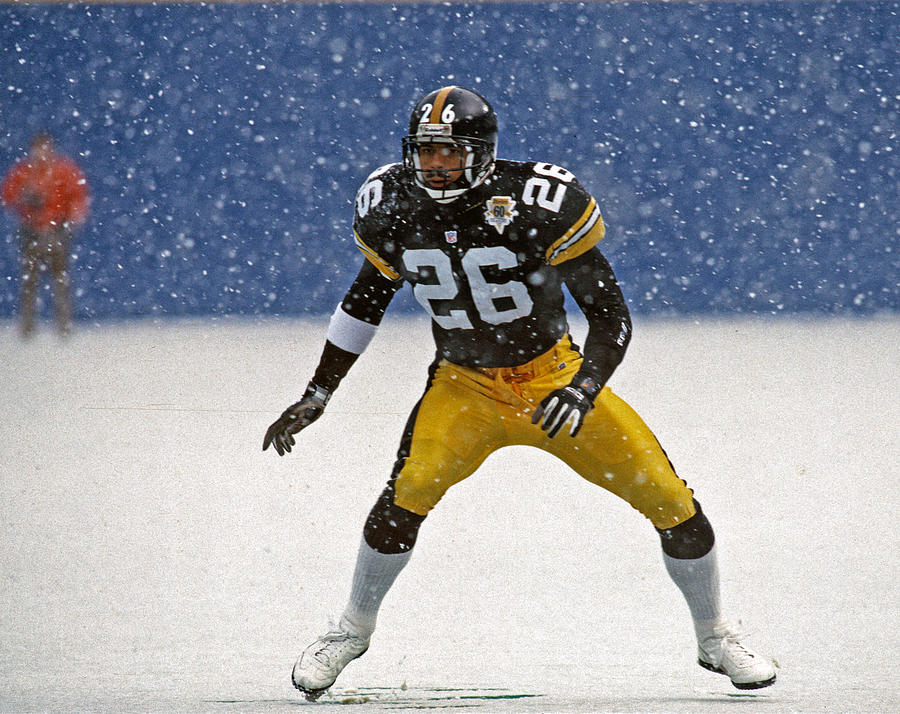 PITTSBURGH, PA - NOVEMBER 15: Cornerback Rod Woodson #26 of the Pittsburgh Steelers looks on from the field as snow falls during a game against the Detroit Lions at Three Rivers Stadium on November 15, 1992 in Pittsburgh, Pennsylvania. The Steelers defeated the Lions 17-14. (Photo by George Gojkovich/Getty Images)