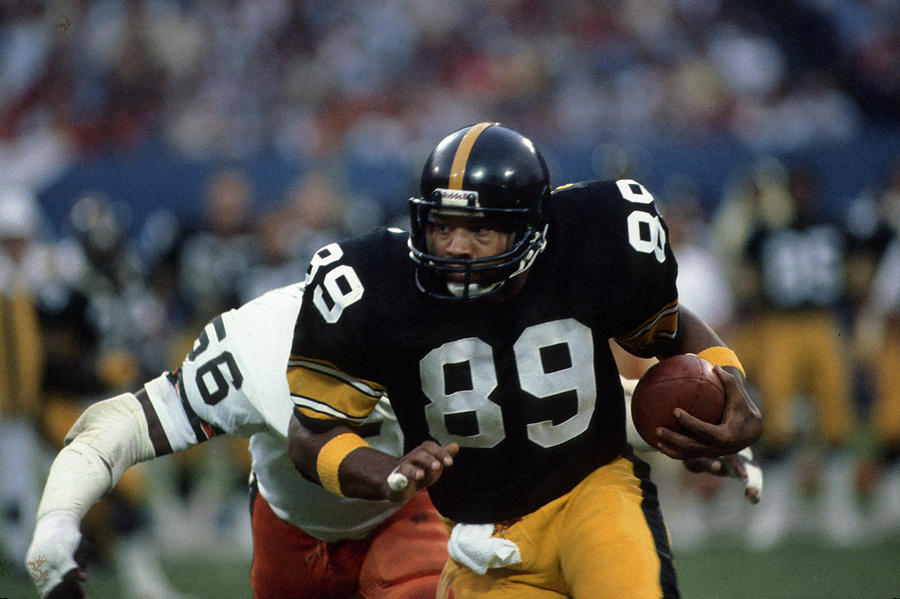 CLEVELAND - AUGUST 8: Tight end Bennie Cunningham #89 of the Pittsburgh Steelers runs with the football against linebacker Chip Banks #56 of the Cleveland Browns during a preseason game at Municipal Stadium on August 8, 1981 in Cleveland, Ohio. (Photo by George Gojkovich/Getty Images)