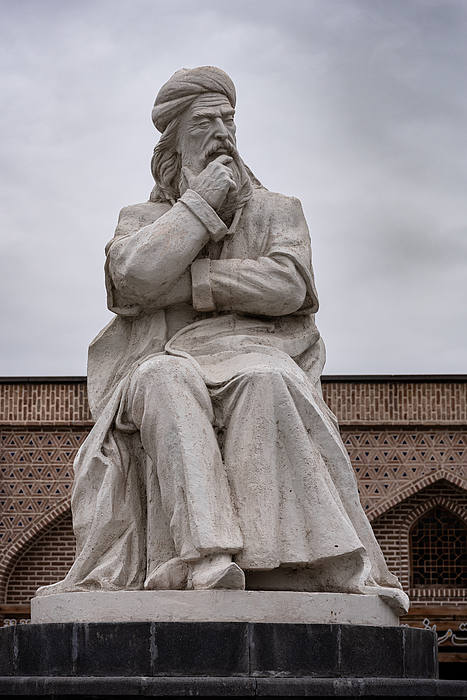 This image was taken in August 2019 in the Ali-Ghapu area of Ardabil, in northwestern Iran.
Safi-ad-din Ardabili was a Kurdish poet, mystic, teacher and Sufi master who lived in Ardabil in the 13th century (1252 – 1334).
He is a founder of the Safavid dynasty, which ruled Iran in 14th and 15th century.

There are no comments for Statue of Safi-ad-din Ardabili (Sheikh Safi), founder of the Safavid dynasty, in Ardabil, northern Iran.   Click here to post the first comment.