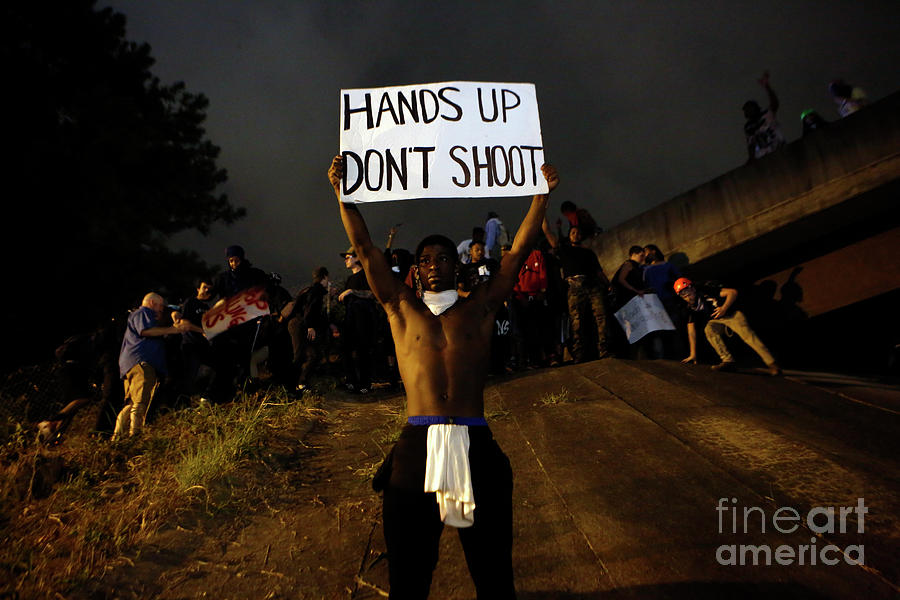 CHARLOTTE, NC - SEPTEMBER 22: Activists attempt to make their way onto Interstate 277 to block traffic as they march in the streets amid a heavy police and National Guard presence as they protest the death of Keith Scott September 22, 2016 in Charlotte, North Carolina. Scott, 43, was shot and killed by police officers at an apartment complex near UNC Charlotte. (Photo by Brian Blanco/Getty Images)