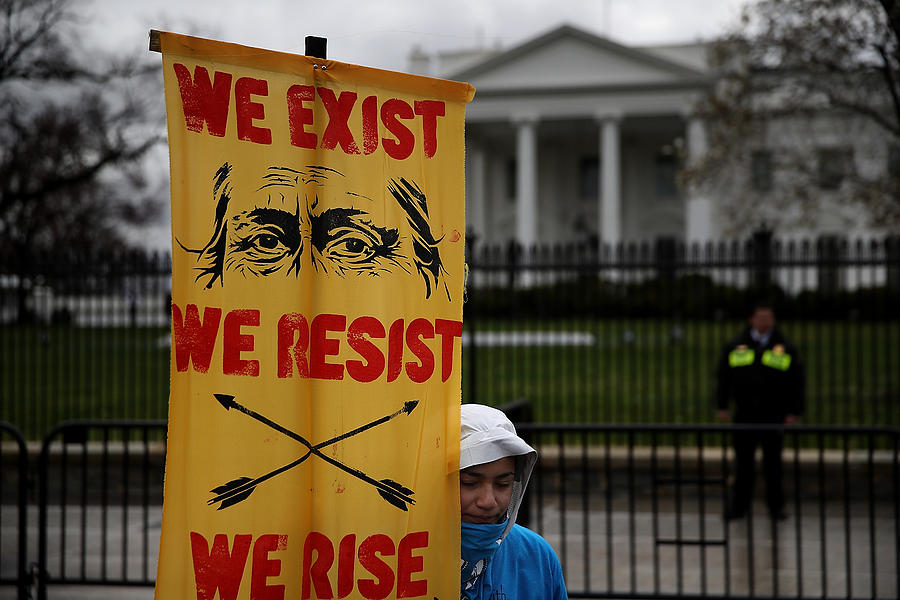 WASHINGTON, DC - MARCH 10: A protester holds a sign in front of the White House during a demonstration against the Dakota Access Pipeline on March 10, 2017 in Washington, DC. Thousands of protesters and members of Native nations marched in Washington DC to oppose the construction of the proposed 1,172 Dakota Access Pipeline that runs within a half-mile of the Standing Rock Sioux reservation in North Dakota. (Photo by Justin Sullivan/Getty Images)