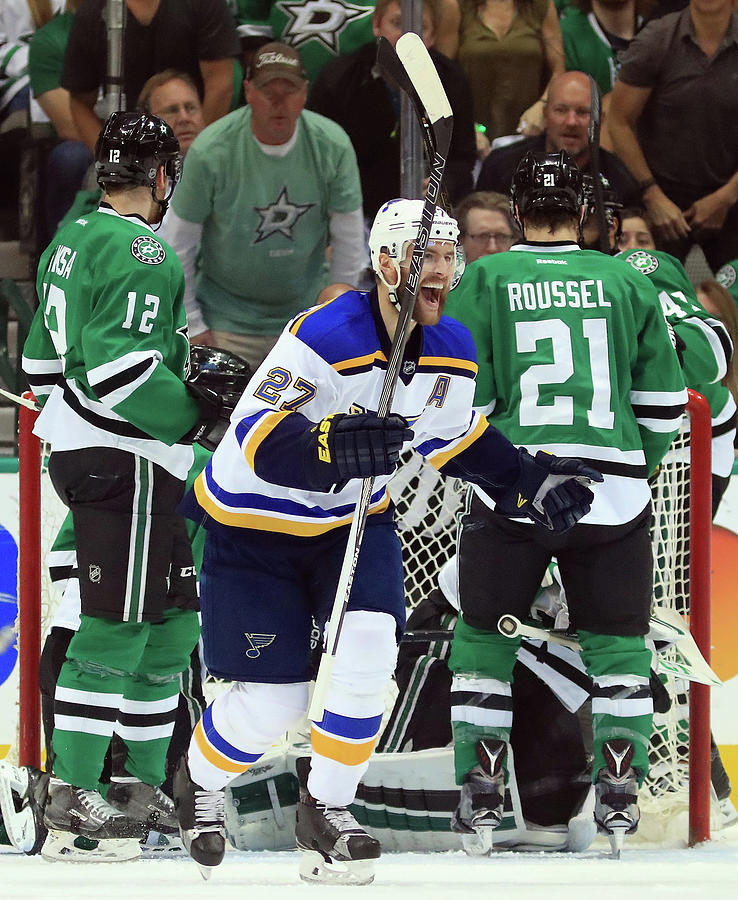 DALLAS, TX - MAY 11: Alex Pietrangelo #27 of the St. Louis Blues celebrates a goal by Robby Fabbri #15 against the Dallas Stars in the first period in Game Seven of the Western Conference Second Round during the 2016 NHL Stanley Cup Playoffs at American Airlines Center on May 11, 2016 in Dallas, Texas. (Photo by Ronald Martinez/Getty Images)