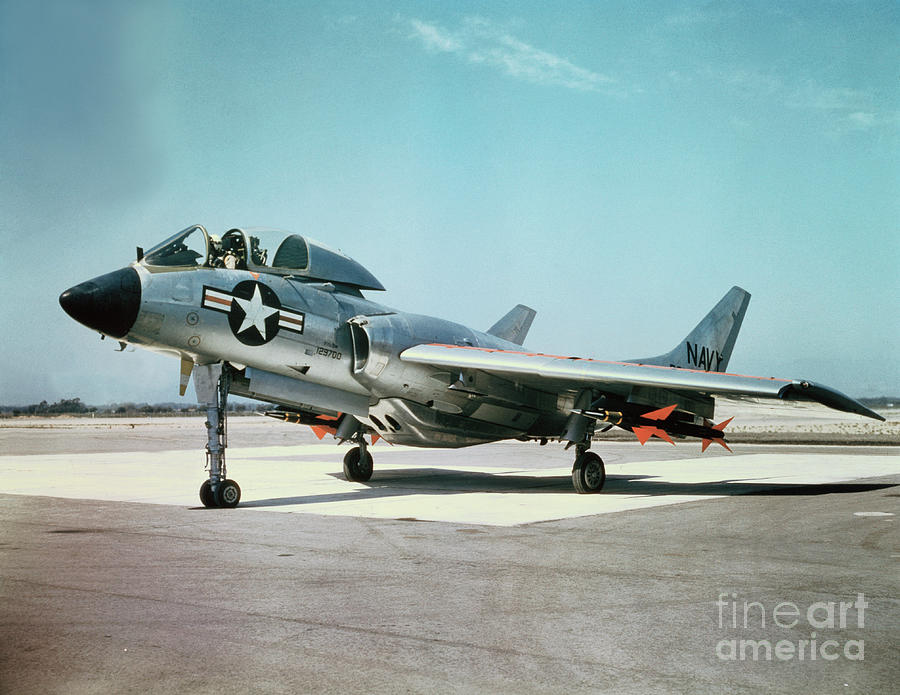 Sparrow I Missiles On Navy Jet

Sparrow I Missiles On Navy Jet

(Original Caption) The U.S Navy Sparrow I has reached combat readiness. A supersonic air-to-air guided missile, the Sparrow is in production and is operational in the fleet and in shore-based aircraft. Attack Squadron 83, embarked on the USS Intrepid with the sixth fleet in the Mediterranean, is equipped with the missile as well as Marine Night Fighter Squadron 542, based at the Marine Corps Air Station, El Toro, California. Additional aircraft carriers in both the Atlantic and Pacific fleets, including the USS Forrestal, will have Sparrow I equipped aircraft aboard when they are deployed overseas. Sparrow I is launched from jet fighters against high-speed aircraft and other missiles. The missile is guided to the target by riding a radar beam transmitted by the launching aircraft. The deadly accuracy of this weapons system a powerful deterrent against attack by jet bomb