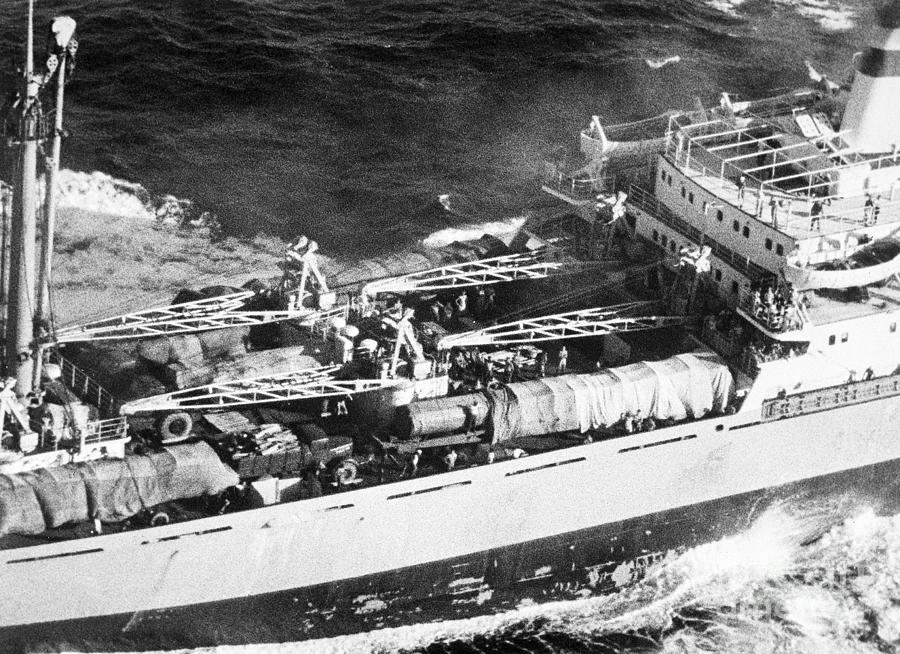 (Original Caption) 11/10/1962-Off Puerto Rico- Aerial close-up of the Soviet freighter Anosov shows a crew member, stripped to the waist, on a missile carrier, rolling back part of the canvas covering an object appearing to be a missile. The Soviet merchant ship bluntly refused today to comply with a U.S. destroyer's request that it uncover all of the missiles lashed to the deck for shipment back to Russia.