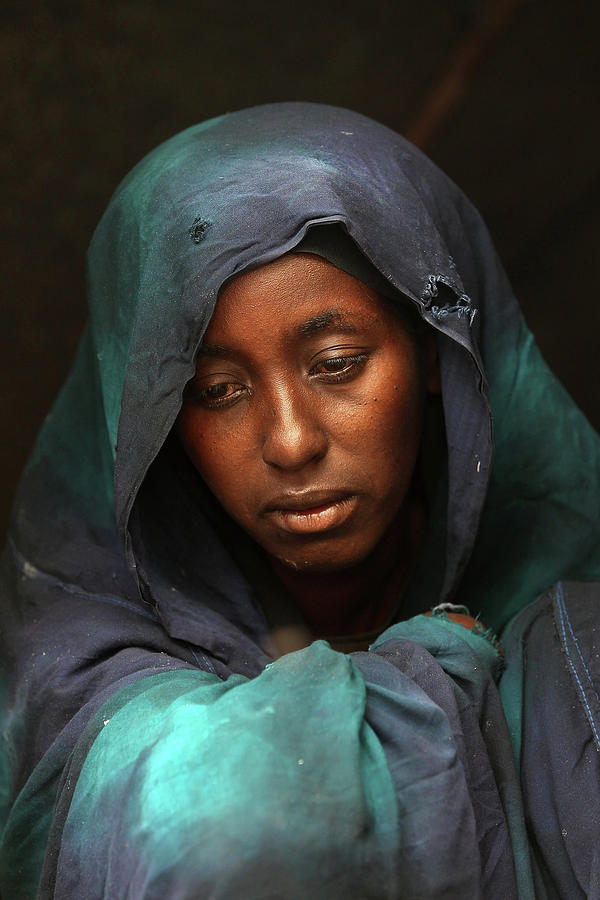 MOGADISHU, SOMALIA - AUGUST 13: Safia Adem mourns the death of her son Hamza Ali Faysal, 3, in a camp of displaced Somalis within the rubble of the Cathedral of Mogadishu on August 13, 2011 in Mogadishu, Somalia. The malnourished child died of sickness two weeks after fleeing with his family from famine and drought in far southern Somalia. The US government estimates that some 30,000 children have died in southern Somalia in the last 90 days from the crisis. (Photo by John Moore/Getty Images)