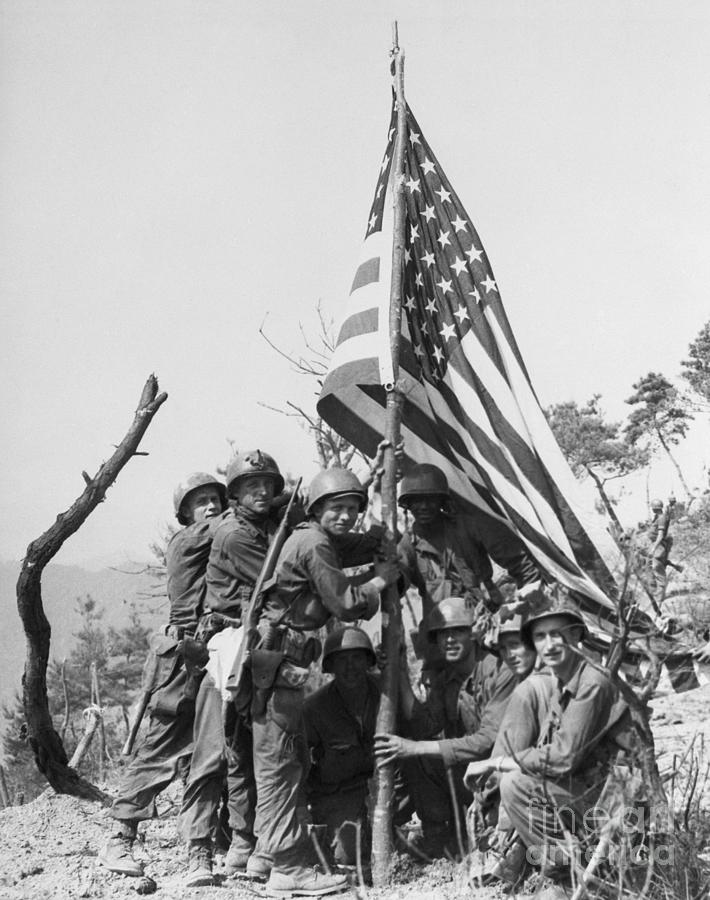 (Original Caption) 6/26/1951-Korea: A scene reminiscent of the famed photo of the American Flag being planted atop a hard won height on Iwo Jima in World War II, is this picture of U.S. Army infantrymen raising the stars and stripes on a captured Korean hill.