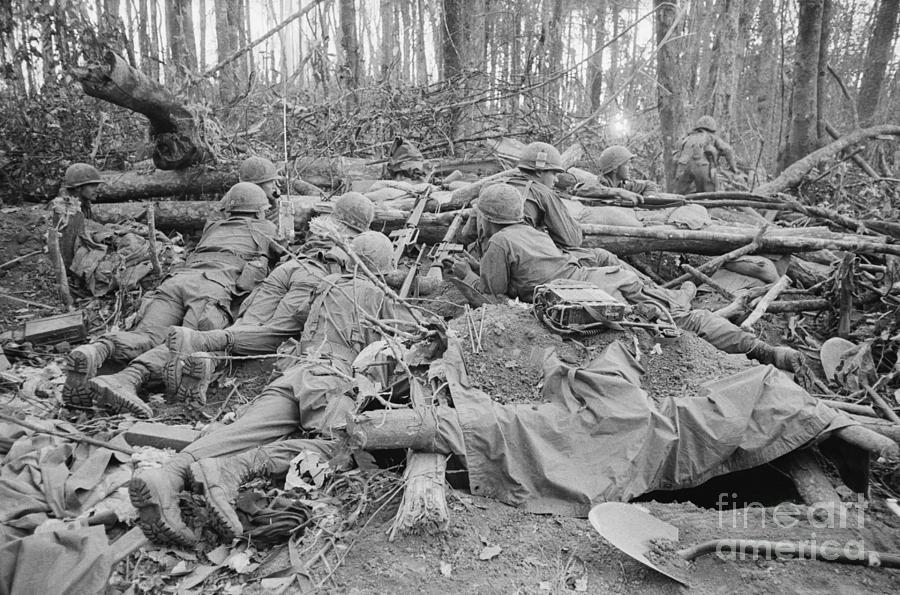 (Original Caption) DAK TO, SOUTH VIETNAM-11/22/67-: Members of the 173rd Airborne Brigade are engaged in a long, long crawl to the crest of Hill 875, a steep mound that in four days has cost American forces some of their highest casualties of the war. Pushing inch-by-inch of sloping earth behind them, U.S. paratroopers seized most of the hill Nov. 22. They are now faced with a North Vietnamese stronghold atop the peak and reports of two fresh regiments of NVA troops moving into the region.