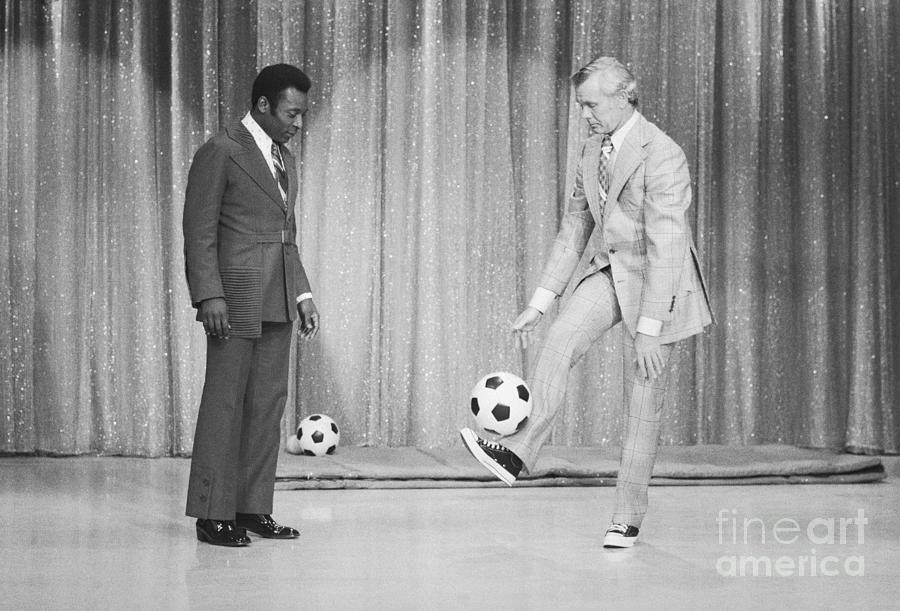 Wearing sneakers, TV star Johnny Carson gets some pointers on the art of kicking a soccer ball from Edson Arantes do Nascimento, better known as Pele, the Brazilian soccer superstar during a taping of Carson's television show May 9 to be shown later in the evening. Pele, who retired from international competition in 1970 after leading Brazil to its third World Soccer Championship in four tournaments, is visiting various cities to spread the soccer gospel.