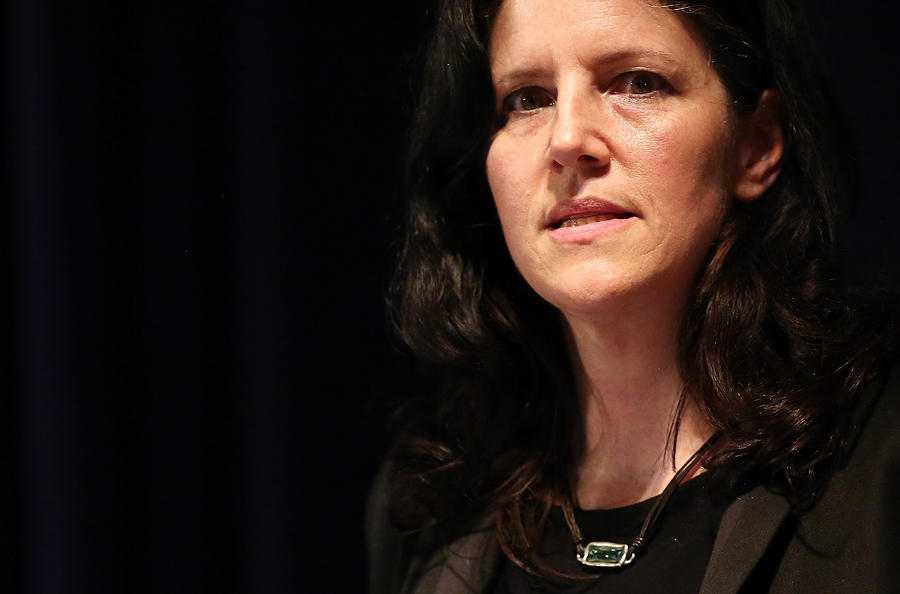 BERLIN, GERMANY - DECEMBER 14: Filmmaker Laura Poitras speaks during an award ceremony for the Carl von Ossietzky journalism prize on December 14, 2014 in Berlin, Germany. Poitras, former National Security Agency (NSA) contractor turned whistleblower Edward Snowden and journalist Glenn Greenwald (the latter two in absentia) were awarded the prize by the International League for Human Rights for having 'put their personal freedom on the line to expose abuse of power' by Germany and the United States in their revelations of the extent of government surveillance on ordinary citizens in the name of 'national security' in the wake of terrorist attacks. The prize is named for journalist and Nobel Peace Prize winner Ossietzky, who died from complications from being held as a dissident in a Nazi concentration camp. A bid to allow Snowden, who has temporary asylum in Moscow, to testify in Berlin before an NSA parliamentary inquiry is ongoing. (Photo by Adam Berry/Getty Images)