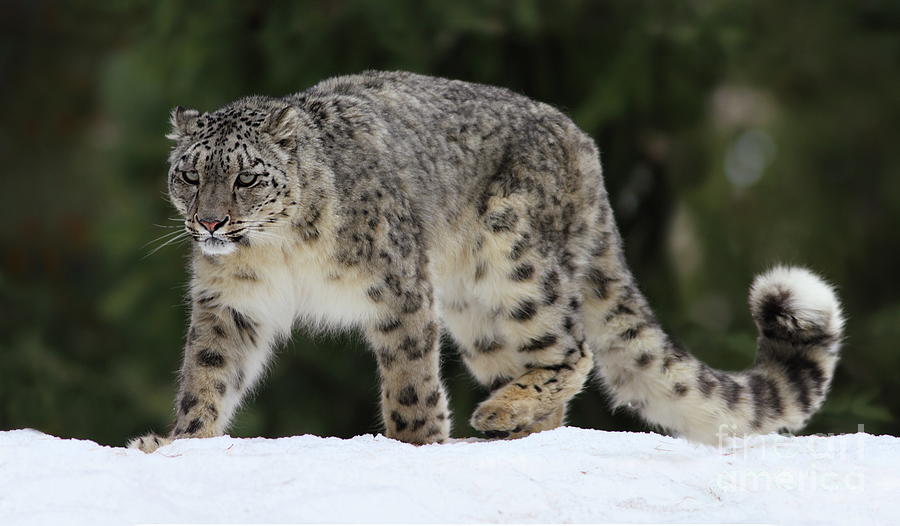 The snow leopard or ounce (Panthera uncia) is a large cat native to the mountain ranges of Central and South Asia. It is listed as Vulnerable on the IUCN Red List of Threatened Species because the global population is estimated to number less than 10,000 mature individuals and decline about 10% in the next 23 years. As of 2016, the global population was estimated at 4,500 to 8,745 mature individuals.

Taxonomically, the snow leopard was initially classified in the monotypic genus Uncia. Since 2008, it is considered a member of the large genus Panthera based on results of genetic studies. Two subspecies have been described based on morphological differences, but genetic differences between the two have not been confirmed. Wikipedia