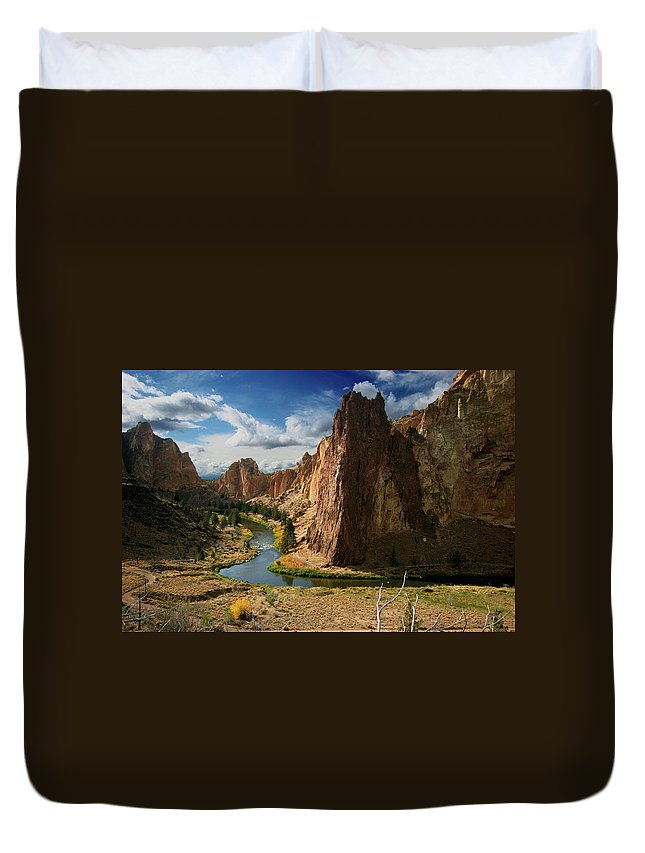 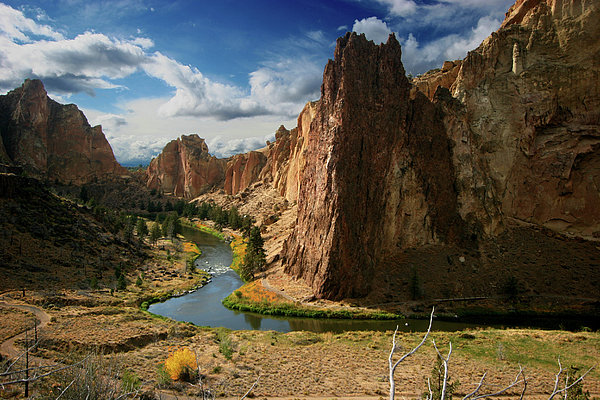 Queen duvet cover (88" x 88") featuring the image "Smith Rock In Autumn" by Photo ©tan Yilmaz. Our soft microfiber duvet covers are hand sewn and include a hidden zipper for easy washing and assembly. Your selected image is printed on the top surface with a soft white surface underneath. All duvet covers are machine washable with cold water and a mild detergent.

A bit of canyon country in ...... Oregon, not famous for canyons, though there's plenty more of these out there. Smith Rock State Park, near Redmond, Oregon, USA. The area looks remote, but it's actually in an almost suburban setting, there are private houses on the opposite side of the road. It also looks like the desert of the southwest USA, yet it's within sight of the Cascade volcanoes (which were covered under storm clouds that day).Image provided by Getty Images.