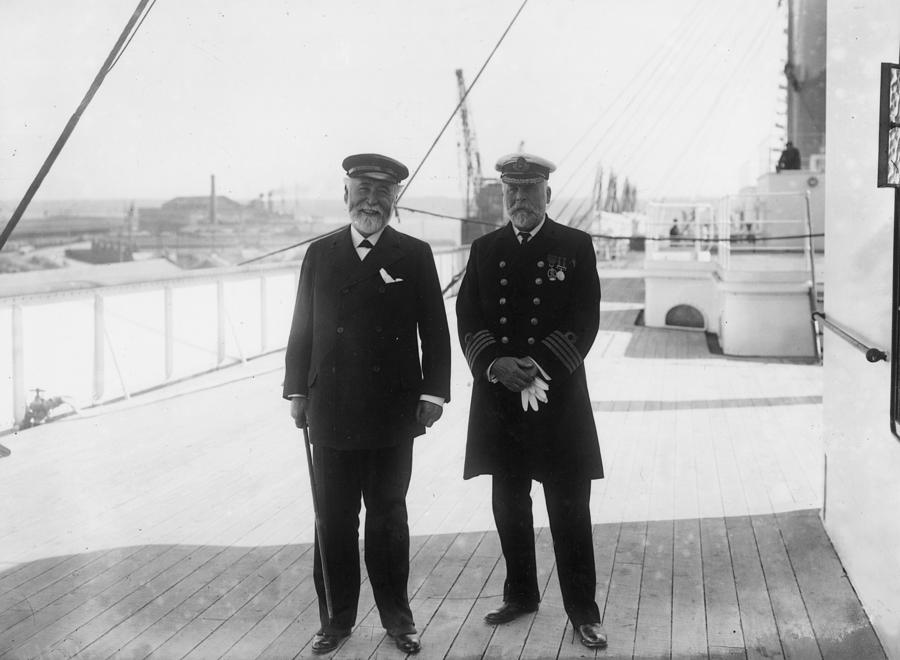 9th June 1911: Captain John Smith (1850 - 1912) and Lord James Pirrie, Chairman of the Harland & Wolff Shipyard, on the deck of the White Star Liner 'Olympic'. Captain Smith later became Captain of the ill-fated 'Titanic' and went down with his ship. (Photo by Topical Press Agency/Getty Images)