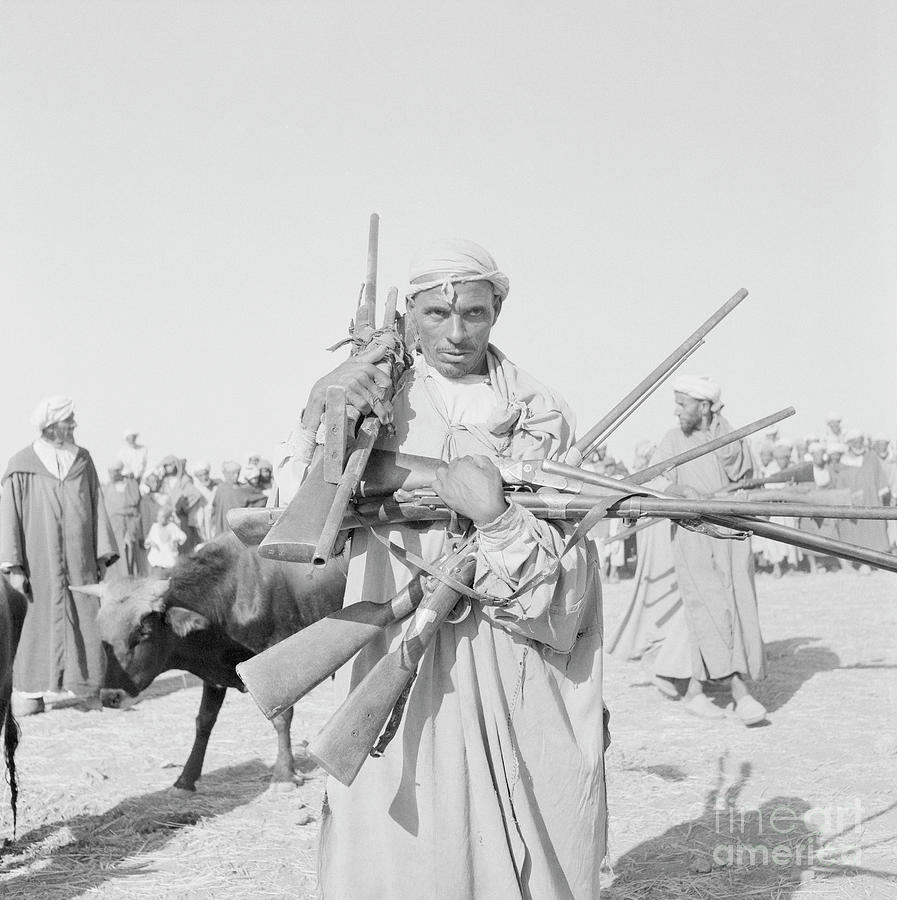 (Original Caption) One Who Surrendered. Oued Zem, French Morocco: A Smaala tribesman, his arms filled with rifles, advances to give up the arms following his surrender along with hundreds of his comrades. Two clans of the Smaala tribe, numbering 10,000 men, women and children surrendered to Gen. Andre Franchi, French Commander in Morocco. This made a total of 20,000 who have laid down their arms since tribal uprisings last week. Thousands of others, however have defied a French ultimatum and fled to mountain strongholds. In Paris, August 28th the French Cabinet met in emergency session to hammer out a compromise plan designed to restore peace to the strife-torn North African protectorate.