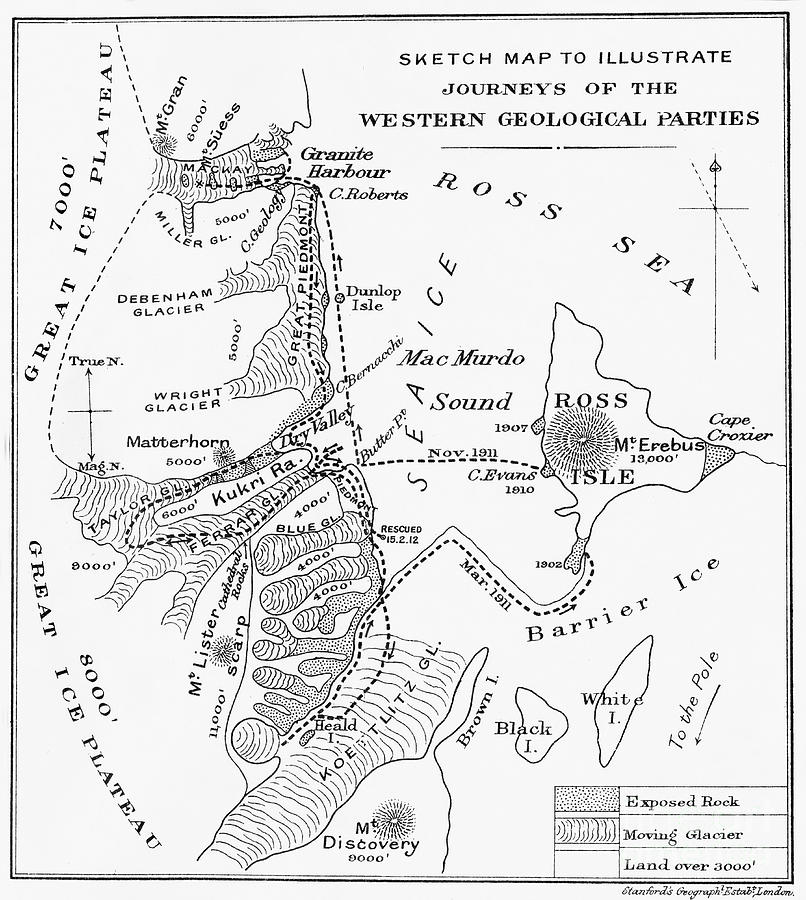 Sketch Map to Illustrate Journeys of the Western Geological Parties', 1913. The final expedition of British Antarctic explorer Captain Robert Falcon Scott (1868-1912) left London on 1 June 1910 bound for the South Pole. The Terra Nova Expedition, officially the British Antarctic Expedition (1910-1913), included a geologist, a zoologist, a surgeon, a photographer, an engineer, a ski expert, a meteorologist and a physicist among others. Scott wished to continue the scientific work that he had begun when leading the Discovery Expedition to the Antarctic in 1901-04. He also wanted to be the first to reach the geographic South Pole. Scott, accompanied by Dr Edward Wilson, Captain Lawrence Oates, Lieutenant Henry Bowers and Petty Officer Edgar Evans, reached the Pole on 17 January 1912, only to find that the Norwegian expedition under Amundsen had beaten them to their objective by a month. Delayed by blizzards, and running out of supplies, Scott and the remainder of his team died at the end of March. Their bodies and diaries were found eight months later. From Scott's Last Expedition, Volume II. [Smith, Elder & Co., London, 1913]. Artist Unknown. (Photo by The Print Collector/Getty Images)