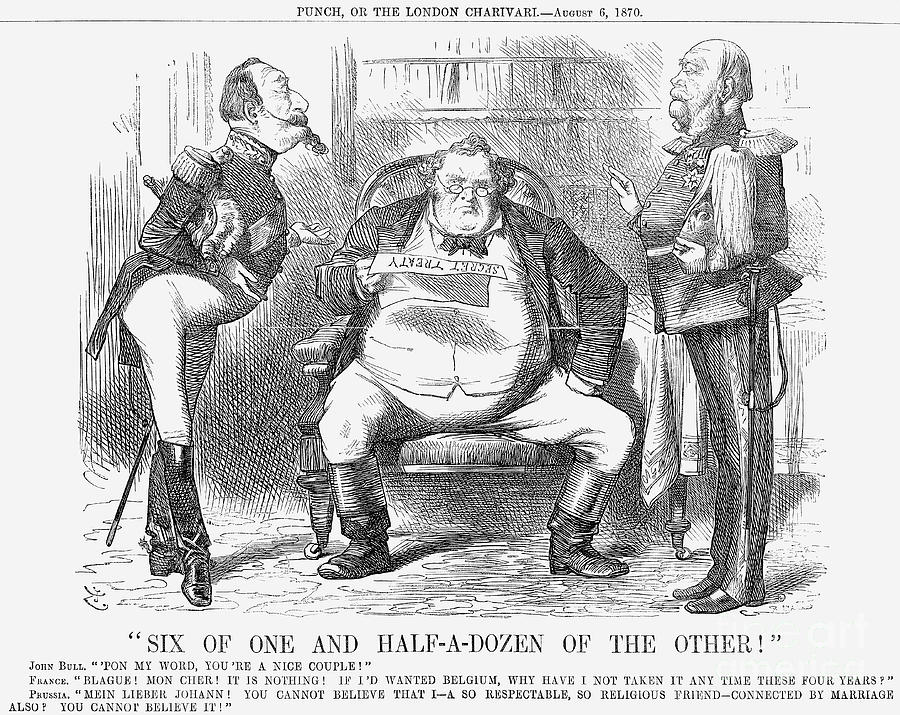 Six Of One And Half-a-dozen

Six Of One And Half-a-dozen

Six of One and Half-a-Dozen of The Other!, 1870. John Bull, the representative of the British people, sits majestically in the centre, with Napoleon III of France to his left, and Wilhelm I of Prussia to his right. War had recently been declared by France on Prussia, but both countries had given assurances that the neutrality of Belgium, Holland and Luxembourg would be respected. However, The Times then published details of a previously signed secret treaty under the terms of which France would honour Prussian territories, whilst Prussia would assist France to gain Belgium. From Punch, or the London Charivari, August 6, 1870. (Photo by The Cartoon Collector/Print Collector/Getty Images)