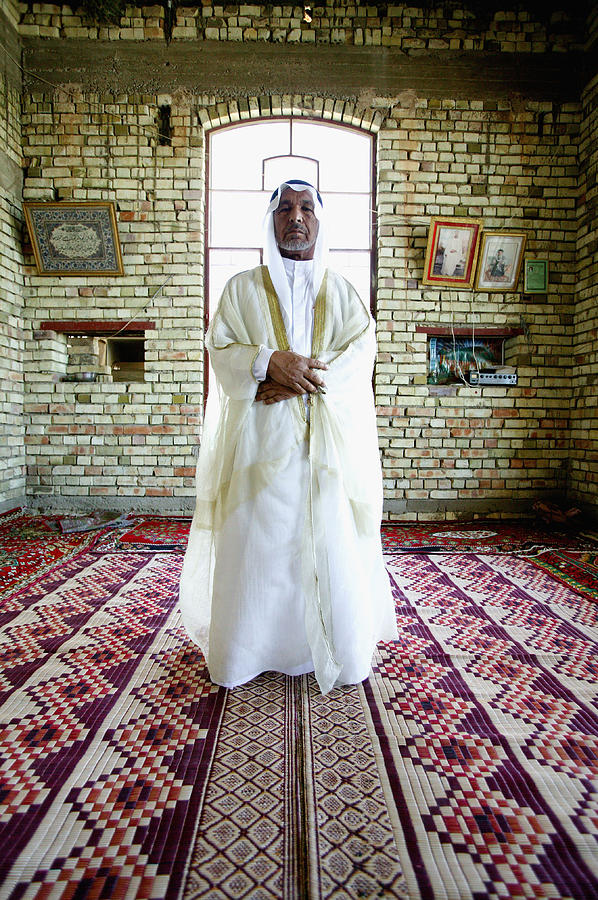 KARMA, IRAQ - MAY 22: Sheik Fadel Mesrel Al-Jumail, 64, a tribal leader, stands in his home, which remains uncompleted as a result of disruptions due to fighting in the area May 22, 2004 in Karma, Iraq. Many of the insurgent fighters who fought in Fallujah retreated to Karma to reorganize. Al-Jumail functions as a connection between tribal members and the coalition forces in the bid for peace in Fallujah as well as the surrounding areas. (Photo by Brent Stirton/Getty Images)