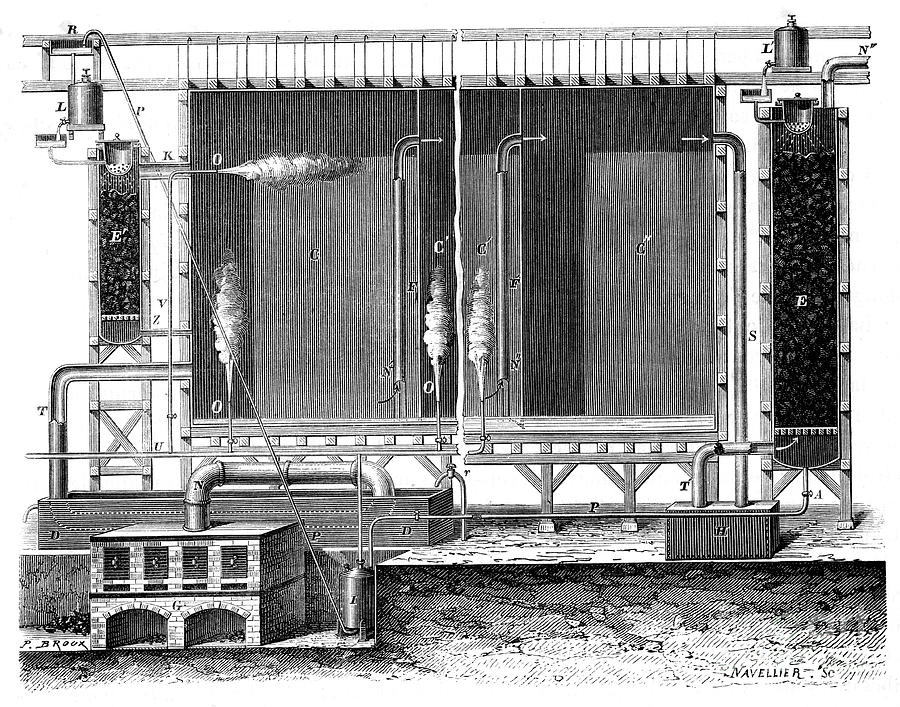 Sectional view of Gay-Lussac's lead chambers and absorption towers, 1870. These were for the large-scale production of sulphuric acid also (Oil of Vitriol or H2SO4), one of the most important industrial chemicals. Invented in 1827, Gay-Lussac's (1778-1850) method only came into use after the invention by John Glover (1817-1902) of the denitrating tower (E) some thirty years later. From Les Merveilles de l'Industrie by Louis Figuier. (Paris, c1870). Engraving. (Photo by Oxford Science Archive/Print Collector/Getty Images)