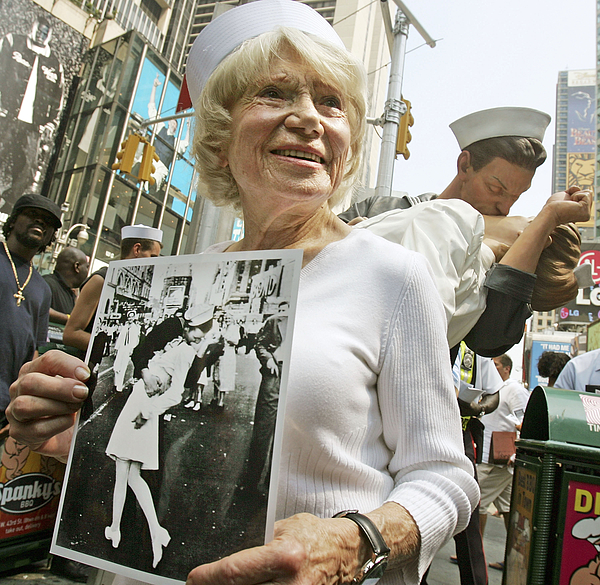 NEW YORK - AUGUST 11: Eighty six-year-old Edith Shain stands in Times Square in front of a statue of her famous kiss with a sailor on V-J Day at the end of World War II August 11, 2005 in New York City. The famous kiss was photographed by Alfred Eisenstaedt and the unveiling of the statue coincides with the 60th anniversary of the end of World War II on August 14, 1945. The sailor in the photograph has never been positively identified. (Photo by Mario Tama/Getty Images)