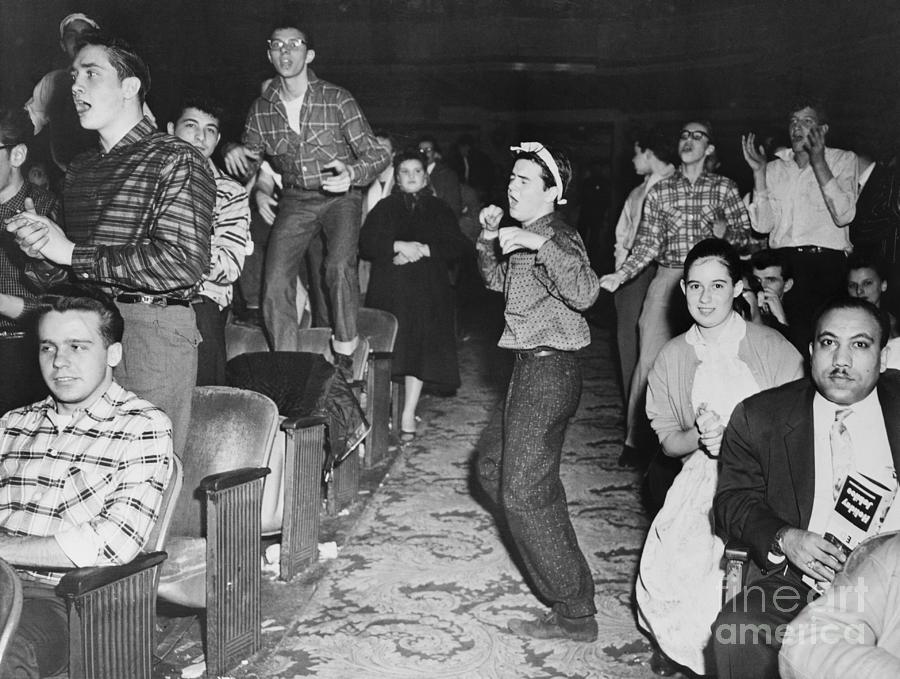 (Original Caption) Rock 'n' Roll addicts are rocking and rolling in the aisles and on the seats of new York's Paramount Theatre during yesterday's session of "Don't Knock the Rock." A show staged by Alan Freed, the disc jockey who claims the distinction of having coined the phrase "Rock 'n' Roll." Some five thousand teenagers in jeans, sweaters and leather jackets blocked Times Square traffic while waiting to get in. Today a large force of cops is on hand to prevent a repition of yesterday's near-riot.