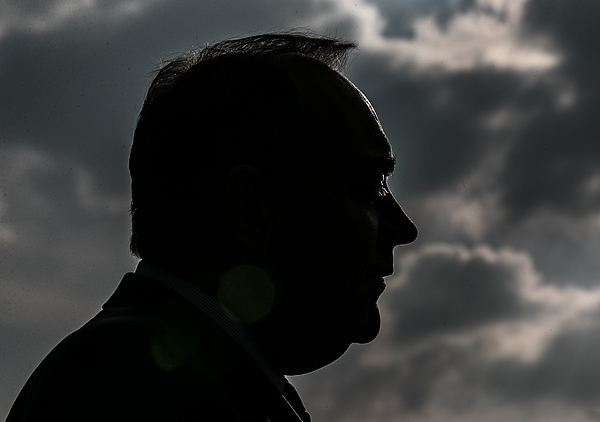 GLASGOW, SCOTLAND - SEPTEMBER 13: First Minister Alex Salmond speaks to the media as he visits campaigns in a suburb of Glasgow on September 13, 2014 in Glasgow, Scotland. The latest polls in Scotland's independence referendum puts the No campaign back in the lead, the first time they have gained ground on the Yes campaign since the start of August. (Photo by Matt Cardy/Getty Images)