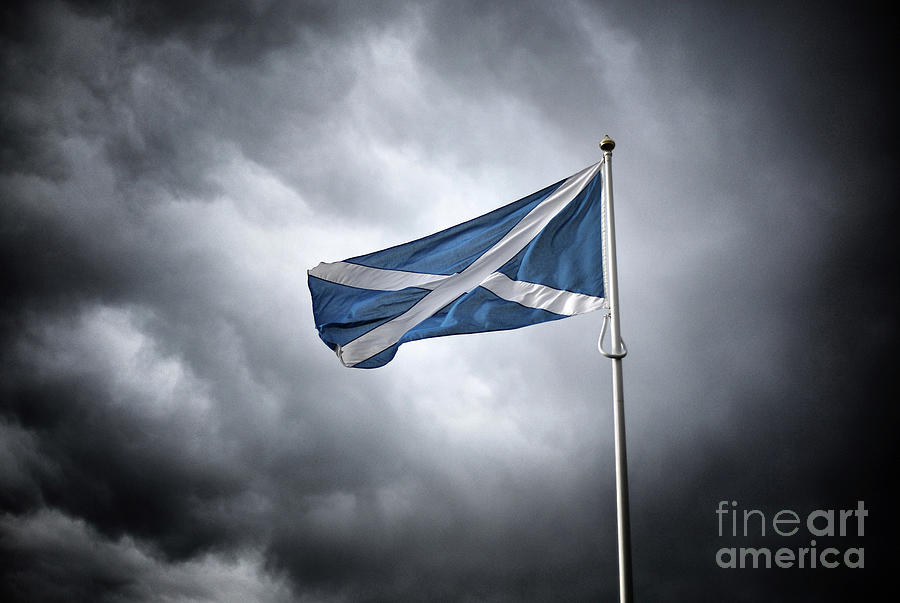 CARTER BAR, SCOTLAND - SEPTEMBER 14: (EDITORS NOTE: Image has been processed with digital filters) A Scottish Saltire flag flies on the border with England on September 14, 2014 in Carter Bar, Scotland. The latest polls in Scotland's independence referendum put the No campaign back in the lead, the first time they have gained ground on the Yes campaign since the start of August. (Photo by Peter Macdiarmid/Getty Images)