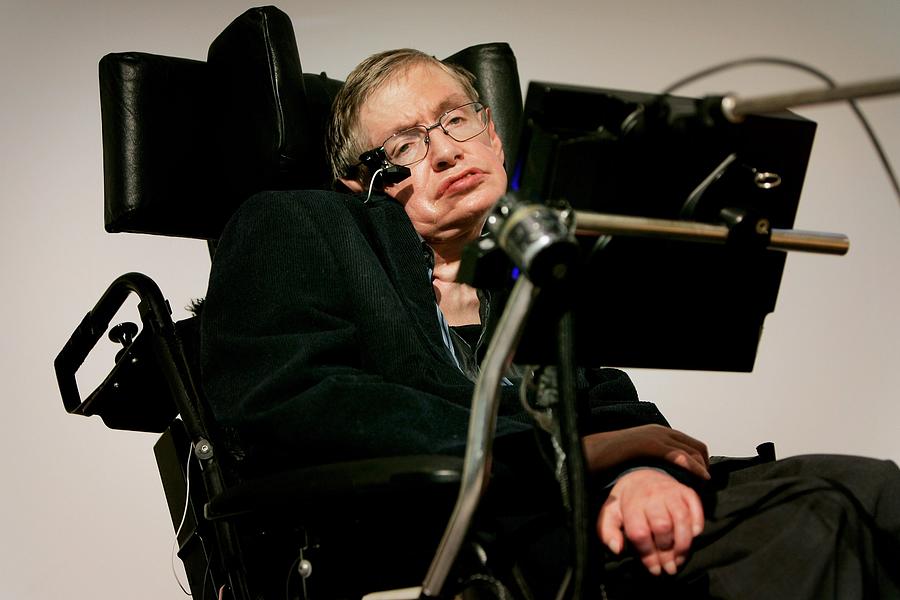 LONDON - JANUARY 17: Professor Stephen Hawking delivers his speech at the release of the 'Bulletin of the Atomic Scientists' on January 17, 2007 in London, Ebgland. A group of scientists assessing the dangers posed to civilisation have moved the Doomsday Clock forward two minutes closer to midnight as an indication and warning of the threats of nuclear war and climate change. (Photo by Bruno Vincent/Getty Images)