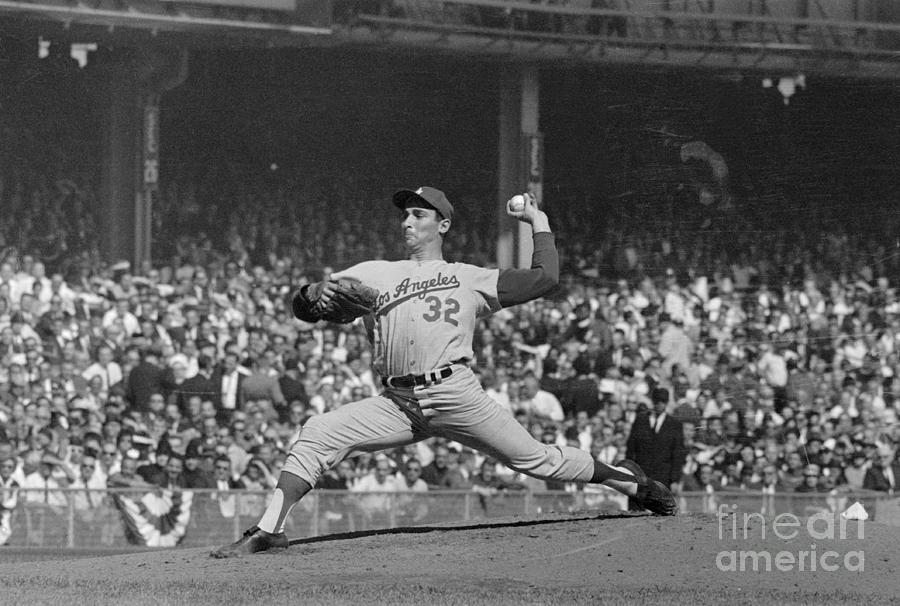 (Original Caption) Los Angeles Dodgers star pitcher Sandy Koufax shows his winning form in the first inning of the World Series opener, won by the Dodgers over the New York Yankees 5-2. Koufax struck out the side in the first inning and the first two men in the second, to tie the record for strikeouts at the start of a Series game that the St. Louis Cardinals' Mort Cooper set in 1943. Sandy struck out 15 in the game, to break the old Series record of 14. His ex-teammate Carl Erskine set that one, 10 years before to the day.