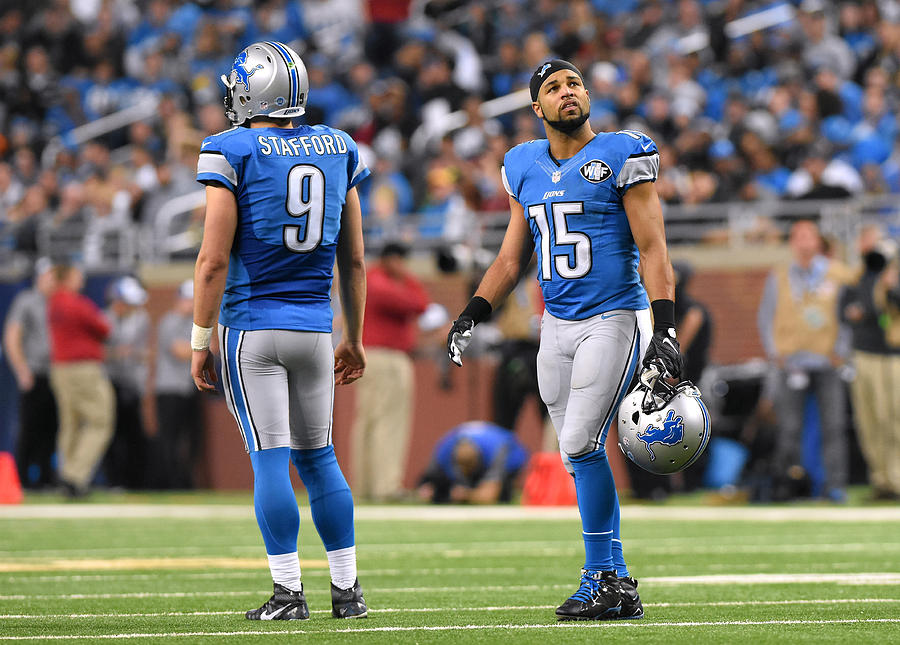 DETROIT, MI - DECEMBER 27: Matthew Stafford #9 and Golden Tate #15 of the Detroit Lions look on from the field during the game against the San Francisco 49ers at Ford Field on December 27, 2015 in Detroit, Michigan. The Lions defeated the 49ers 32-17. (Photo by Mark Cunningham/Detroit Lions/Getty Images)